Home Sports Gabriel has a massive heart, he's been through a lot: Holder
Sports 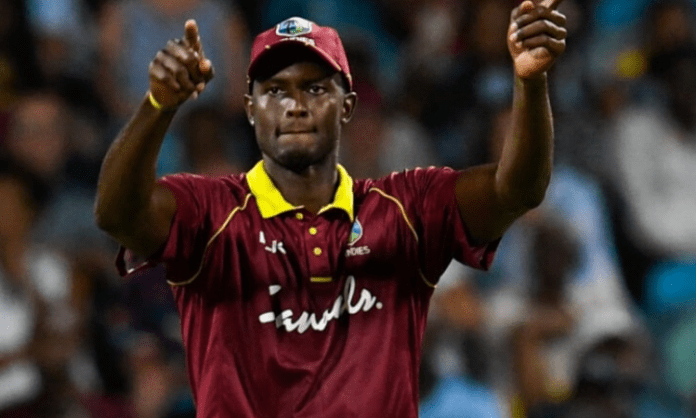 West Indies captain Jason Holder has heaped praise on Shannon Gabriel, saying what the pacer did in the first Test against England was “nothing surprising”.

Gabriel, who was originally only named as a traveling reserve as he recovered from ankle surgery, came out with a brilliant performance at the Ageas Bowl as he returned with combined figures of nine wickets for 137 runs and played an instrumental role in West Indies’ thrilling win against the Ben Stokes’ led-side.

“What Shannon has done in this game is nothing surprising,” Holder told reporters after the end of the match on Sunday.

“Shannon is just one of those guys who keep doing it. He has a massive, massive heart and he’s been through a lot.

“He wants success so badly. His body hasn’t held up the way he would like but to see him back out there fit and well and bowling fast for the West Indies is always a pleasing sight.

“He deserves every bit of success he’s had in this game. I’m really, really happy for Shannon, I know what he’s been through,” he added.

Holder, who himself took a Test-best 6-42 in England’s lowly first-innings 204, said Gabriel is quite a handful when is fit and healthy and that’s what he did in Southampton.

“We all know when Shannon is fit and healthy, he is a handful and he proved it in this game.”

Meanwhile, the 33-year-old pacer said that he was never doubtful about his fitness. “I wasn’t doubtful about my fitness. I knew I would play. I knew the work that I put in would take care of itself,” Gabriel, who was adjudged the Man of the Match, said.

“I am still a bit stiff, but there are a few days to recover for the next Test match.

“The guys were confident coming here after the win in the Caribbean last year, and we knew if we prepared well, we would be able to perform,” he added.

England and West Indies will next take on each other in the second Test beginning Thursday at the Old Trafford in Manchester.

Pink ball could be used in all Tests, suggests Vaughan

Former England captain Michael Vaughan believes pink ball could be used in all Test cricket in order to avoid play being lost due to...
Read more
Sports

Former skipper Inzamam-ul-Haq has lashed out at Pakistan batsmen for their defensive approach in the ongoing second Test against England being played at the...
Read more