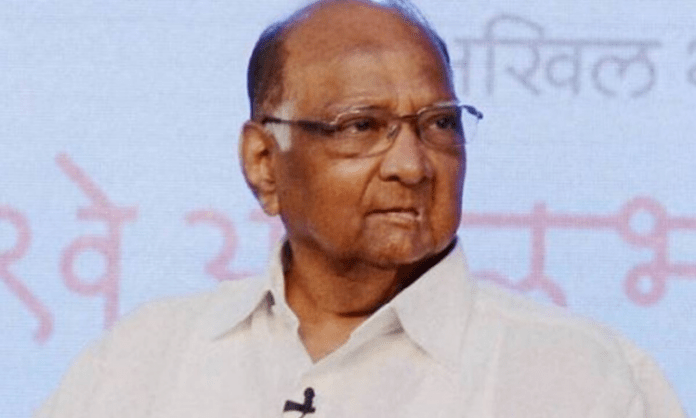 Union Minister of State for Social Justice and Empowerment Ramdas Athawale has urged Nationalist Congress Party (NCP) chief Sharad Pawar to join the NDA. Athawale said that this is necessary for the development of both the country and Maharashtra.

A grand alliance consisting of the BJP, the NCP, and the RPI (Athawale’s party) can be formed in Maharashtra if Pawar decides to walk over to the NDA camp.

Athawale told IANS, ‘The NCP gains nothing by supporting Shiv Sena. In order for Maharashtra to get more funds from the Centre, Pawar should seriously consider joining the NDA. If this happens then there will be a ‘Mahayuti’ (grand alliance) of BJP, NCP, and RPI in Maharashtra.”

Athawale said, “Sharad Pawar is a senior leader of Maharashtra. He is aware of the problems of farmers, Dalits, Adivasis, and OBCs. He has been the agriculture minister of the country. I urge him to join hands with Narendra Modi for the sake of the development of the country. This is my personal wish.”

The BJP and Shiv Sena in Maharashtra had fought the 2019 Assembly elections together. The BJP won 105 seats while the Sena got 56 seats. But the Shiv Sena broke away from the BJP on the issue of the post of the chief minister and formed the government with the support of the Congress and the NCP.

WhatsApp
Facebook
Twitter
Previous articleGabriel has a massive heart, he’s been through a lot: Holder
Next articleLava extends registration date for ‘Design in India Contest’