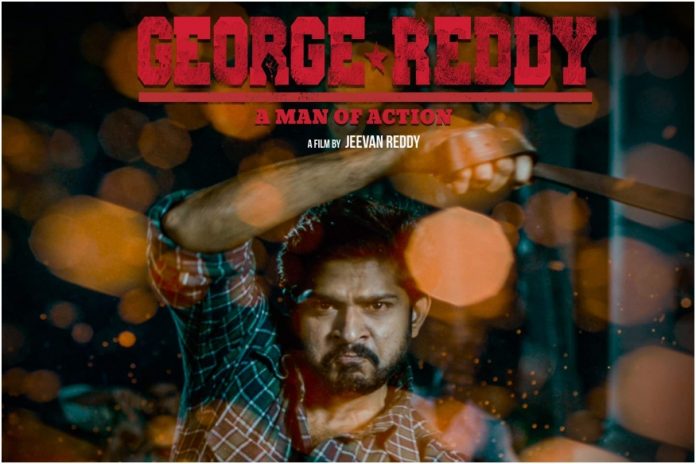 George Reddy is an upcoming biopic that is being made on the life of the renowned student leader from the Osmania University. According to the latest update, the movie George Reddy has completed the censor formalities and it was granted a U/A certificate from the Central Board of Film Certificate (CBFC) after few suggested modifications.

As George Reddy has completed the censor formalities, it is gearing up for grand release on 22nd November. The film, George Reddy starring Sandeep Madhav and Satyadev Kancharana in the lead. According to the latest update, George Reddy has runtime of 2 hours, 55 minutes and 5 seconds.

As per the censor certificate, Run time of George Reddy is locked to 175 minutes, a bit lengthy indeed. It is known news that NTR Kathanayakudu had 170 minutes run time, which was rejected by the movie lovers on its opening day but Sukumar’s directorial venture Rangasthalam starring Ram Charan & Samantha Akkineni had 180 minutes runtime, which was a blockbuster at the box office. Koratala Shiva’s directorial venture Bharat Ane Nenu starring Mahesh Babu and Kiara Advani had 173 minutes, which was also blockbuster at the box office. The run time of George Reddy shouldn’t be a worrying factor. It is always the film’s actual content that has been a problem. Recently released trailer of the film has already generated good buzz. Pawan Kalyan has also showered the praises for the trailer. The expectations are very high.

George Reddy is all about the story of a student leader George who fought for the rights of underprivileged students and became a hero of sorts between 1965 and 1975.

WhatsApp
Facebook
Twitter
Previous articleApple iPhone 11 series Smart Battery Cases Launched
Next articleThousands of deaths on the island .. Is it the devil? Humans?

Actress Rhea Chakraborty has shared that she will never come to terms with actor Sushant Singh Rajput not being around anymore and said she...
Read more
Cinema Latest

Rahul Dev is among the actors who have hit the sets soon after shooting resumed post lockdown, and he is enjoying being back at...
Read more