Thousands of deaths on the island .. Is it the devil? Humans? 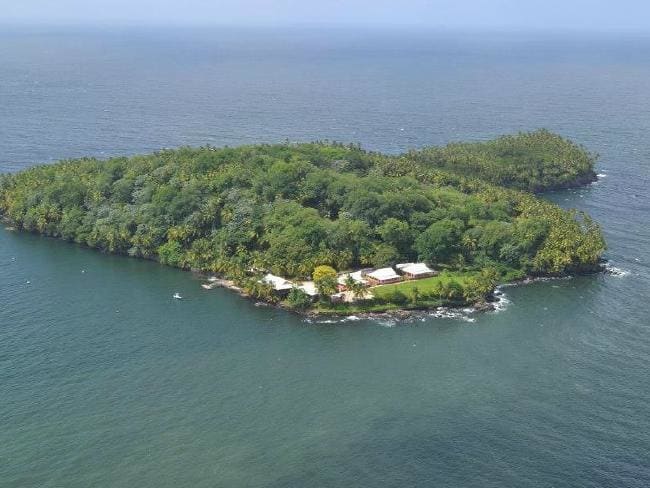 The survivor returned to the island. The history of the island deals with the KGF movie. This is the story behind the island, which has become desolate overnight.

The island’s name is Hashima Island. The most visited area in Japan.
The island is also known as Battleship Island.
The government does not allow people to go to the area alone.
Tourist operator is given conditional permission only to travel in groups.

No one lives on the island that was once known as the world’s most populous island. There is trepidation. The buildings on the island have reached the point of collapse. What’s more, those who enter the island hear strange sounds and shouts. What shapes are witnessing. What happened to the island? The area that was once crowded with the population has now become desolate.

The KGBF Horror Version: The story of a bully size behind the island is hidden. Mines are rare on islands that are usually in the middle of the sea. Hashima Island is one of those rare islands. Mitsubishi Corporation bought the island in 1890 and started mining, as there are plenty of coal resources here. From 1895 to 1898, the island was mined to a depth of 199 meters. The company later moved the island to the island to hire miners for mining purposes. About three thousand people reached the island. For them, the company built and accommodated buildings in the form of apartments. The mercenaries lived a miserable life with only one room for the family in those buildings. Almost all of them experienced prison life.

In 1959 the population reached 5,259. The island has a size of 12 football fields and has about 30 concrete buildings. There were retail stores, supermarkets, bars, restaurants, school, hospital, library, gym, hairdresser, movie theater, temples, swimming pool facilities. However, they are now in ruins.

Of the 41,000 prisoners of war detained by Japan during World War II, 3,765 were moved here. Forced miners to work with them. They were not even fed. Bullies if not working. This has changed all week. Most of the survivors were in those mines.

According to San Jugwa, a coolie who escaped from the island, they saw him as a slave and moved to work from the age of 14. After the end of the war, 1,442 Korean workers and 722 Chinese workers were tortured to death. Jugwa claimed that the mercenaries jumped into the sea to escape the island, survived it, and in the meantime committed suicide.

Isn’t hell: it’s better to say hell than to say island. Because the place is not enough to bury the dead miners and prisoners of war. A crematorium was set up to burn the corpses. There are tens of thousands of corpses burning daily. If there were everlasting smoke coming out of the furnace, we could understand the extent of the deaths. However, after the atomic bombing in Nagasaki in 1945, hostages and prisoners of war were freed.

The real story is now: The island, which has provided Japan with an enormous income, is also expected to play a key role. But then, Sean reversed there. After the mining ceased, there was no employment for the people. More than half the people evacuated the island on a ship overnight. The people who left the area and remained there were horrified.

The objects were moving in their homes, and there were noises in the night. What shapes move in front of the eyes. So they left the island. They also left the goods they had earned. No one has landed on the island since then. Those who went alone never returned. Only journalists visit the island with security officers. However, as the tourist is keen to see the island, the government gives conditional permission.

The same terrifying feeling: some claim that the devil killed those who went to the island alone, while others believe that they were drowned in the sea. However, it is still a mystery what happened all week. Tourists visiting the island are in a state of ruin. That silent diva

The devil is in front of God.

Upon entering the hut .. scary screams and screams increase heart palpitations. Half the lives of the devotees of the darshan are joined in...
Read more
Mysterious Facts

Lepakshi: Do you know the secret of the temple ..!

Lepakshi is about 15 km from the town of Hindupuram. Lepakshi is a historical temple that seems to have been there to look at...
Read more
Mysterious Facts

The secret of the Kailash Temple .. Isn’t it built by humans? Where are those caves?

the secret of the Kailash Temple .. Isn't it built by humans? Where are those caves? Without cement, bricks, and stones. The stone was built...
Read more