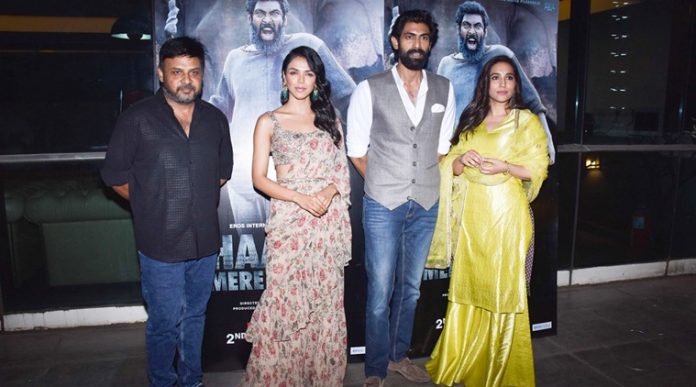 Bahubali actor and south superstar Rana Daggubati are currently gearing up for his upcoming film Haathi Mere Saathi. Rana will be witnessed performing an unconventional role in Haathi Mere Saathi. A few days back, the producers published the first poster of the movie. And recently, they also posted a one-minute-fifteen-seconds long teaser of the Rana Daggubati starrer movie.

The teaser of Haathi Mere Saathi starts with a dense forest. Rana is seen seating near a pond. As the teaser progresses, the actor seems to be calling the elephants in their language. Later, all of a sudden, Pulkit Samrat enters the frame while jumping to sit on an elephant.

The background soundtrack keeps the viewer engaged. Rana also seems to chase someone in a crowded city.