Home Sports Hardik Pandya to included in the Squad For New Zealand Tour On...
Sports 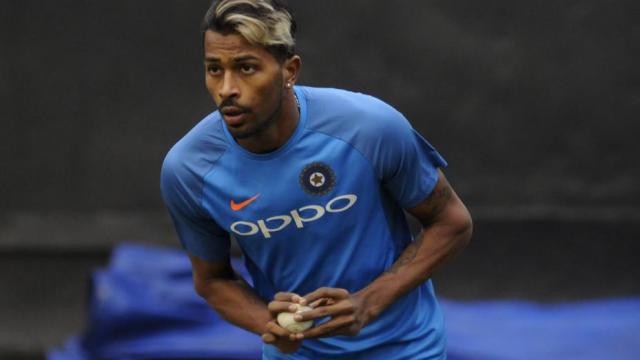 All-rounder Hardik Pandya could be the only notable inclusion in India’s limited-overs squads which are unlikely to be significantly tinkered with — for the upcoming six-week tour of New Zealand. Starting January 24, India will be playing five T20 Internationals, three ODIs and two Test matches, and squads for the tour will be picked on Sunday. India will be playing eight white-ball games in New Zealand, and it will be interesting to see if the selectors pick a 16 or 17-member squad, instead of 15.

With the India A team’s shadow tour coinciding with the seniors’ visit, it gives the selectors an option to draft players on SOS basis if the need arises.

The selectors will primarily focus on zeroing in on the core for white-ball cricket considering that this is a T20 World Cup year.

While the T20 squad that played against Sri Lanka in the just-concluded series all but picks itself, Pandya, who is already in New Zealand with the A team, is expected to be included once he proves his fitness in the first couple of List A games against New Zealand, apart from two warm-up one-dayers.

With India A’s three List A games only ending on January 26, Hardik, returning from back surgery, might be included by the time the January 29 third T20 International comes calling.

It will be interesting to note if the ODI team is an extension of the T20 squad.

The weakest link in the ODI team is Kedar Jadhav, who has managed to hold onto his 50 over slot amid pressure to replace him.

In New Zealand, Jadhav’s technical frailties could be exposed and his lack of overs in recent times makes him a case for exclusion.

In case the Indian team looks for technical solidity, Ajinkya Rahane could make a comeback, but if the team management is thinking in terms of treating 50 over games as an extension of T20 series, Mumbai player Suryakumar Yadav’s explosive power hitting at No. 5 or 6 could be an option. Both Surya and Sanju Samson are in the A squad.

The Test squad wears a very settled look with the only contention being the third opener’s slot.

Picked as a reserve for the home series, the young Shubman Gill deserves to be the third opener, but KL Rahul’s current form and experience in Test cricket could also be considered.

The selectors will also deliberate on if a third spinner (Kuldeep Yadav) is needed for the two-match Test series instead of a fifth pacer (Navdeep Saini) to accompany Jasprit Bumrah, Umesh Yadav, Mohammed Shami, and Ishant Sharma.

The rest automatically pick themselves in case there are no fitness issues.

Colombian football is poised to restart in September, six months after it was suspended because of the COVID-19 pandemic, President Ivan Duque has said. Clubs...
Read more
Sports

Cricket Australia on Tuesday announced the postponement of the proposed three-match T20I series against West Indies scheduled for the first week of October. The T20I...
Read more