Hyderabad: A sour relationship led to slit her throat 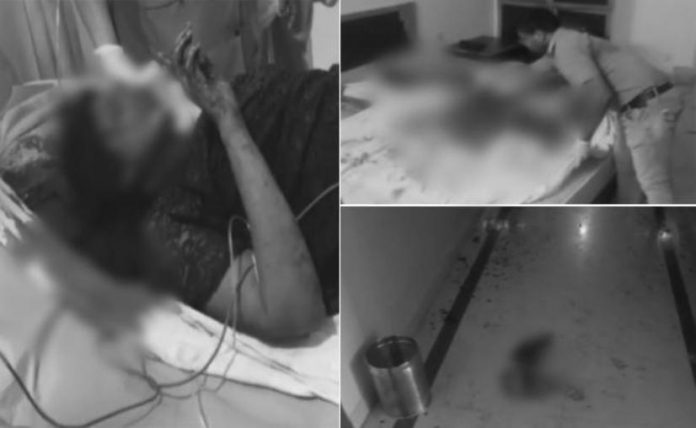 Hyderabad: In a fearful incident at Dilsukh Nagar, a youngster tried to kill a girl by slitting her throat.
Later he cut his wrist and took to the hospital for treatment.
The dreadful incident took place at Brindavan lodge in Dilsukh Nagar.
According to the police reports, Venkatesh (22) of Nellore district and Manaswini (22) of Hyderabad’s Badungpet got acquainted with Dilsukhnagar.
A love affair broke out between them while they were training at the Bank Coaching Institute in Chaitanya Puri.
Venkatesh booked a room in the name of Praveen and called Manaswini to meet at lodge.
At 10 a.m. the two of them arrived at the lodge.
At noon, floor boy heard screaming and opened the room door.
They found severely injured Manaswini and took her to the hospital.

Realizing that there was already a threat with Venkatesh, Manaswini had shared the location with her father.
As her parents and police arrived Venkatesh panicked and cut his hand.
He was rushed to Osmania Hospital as seriously injured.