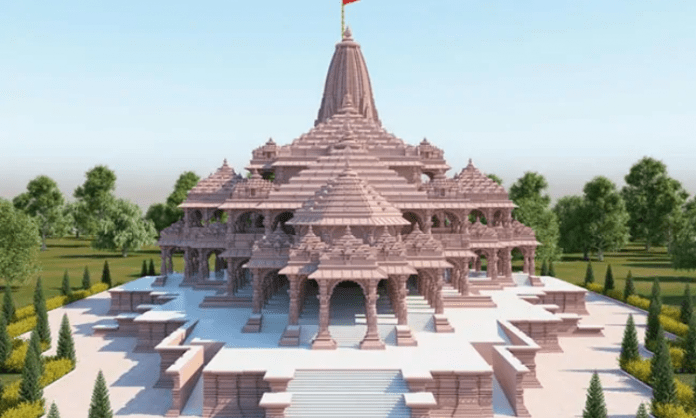 India has accused Pakistan of spreading a “culture of violence” and suppressing the rights of minorities while Islamabad brings up the Ayodhya temple construction at the General Assembly.

“Talk of ‘culture of peace’ from the delegation of Pakistan is nothing but a decoy to divert attention from their own shameful records” on the treatment of minorities “continues to foment a ‘culture of violence’ at home and across its borders”, Paulomi Tripathi, a counselor at India’s UN Mission said on Thursday.

“Before making absurd allegations against India, where equal rights of people of all faiths are guaranteed by the constitution, the delegation of Pakistan must do itself a favor of looking at their own system and records of protecting minorities,” she said in response to Pakistan’s Permanent Representative Munir Akram’s remarks about Ayodhya and Kashmir.

She accused Akram of exploiting the Assembly’s High-Level Forum on the Culture of Peace as a “platform for hate speech against India”.

She said that “Pakistan’s deplorable human rights records and discriminatory treatment of religious and ethnic minorities is a cause of persistent concern for the international community”, and listed Islamabad’s main transgressions.

“Blasphemy laws are used against religious minorities such as Hindus, Christians, and Sikhs, to violate their human rights and dignity. Women and girls remain particularly vulnerable as they are abducted, raped, forcefully converted, and married to their violators. The pandemic has aggravated the situation.”

Akram said the destruction of the Babri Mosque in Ayodhya and the construction of a Hindu temple there “is a grave violation of international norms”.

He asserted that the “BJP-RSS extremists” have threatened to destroy hundreds of other mosques and historic Islamic religious sites.

He also claimed that there was a “plan to destroy the Islamic cultural identity and change the Muslims demography” of Kashmir.

Akram was silent on the demographic change brought about by Pakistan’s terrorist proxies in Kashmir through the violent expulsion of the Kashmiri Pandit community from their historic homes in the valley.

Tripathi said the world has “witnessed an upsurge in violence, bigotry, and discrimination during the (Covid-19) pandemic”.

“We, in India, understand the importance of promoting dialogues and building alliances between religions, cultures, and ethnic groups.

“In the same spirit we remain ready to support all efforts to build bridges of understanding across the world to emerge stronger from this (Covid-19) crisis and to shape the foundation for a better world,” Tripathi added.