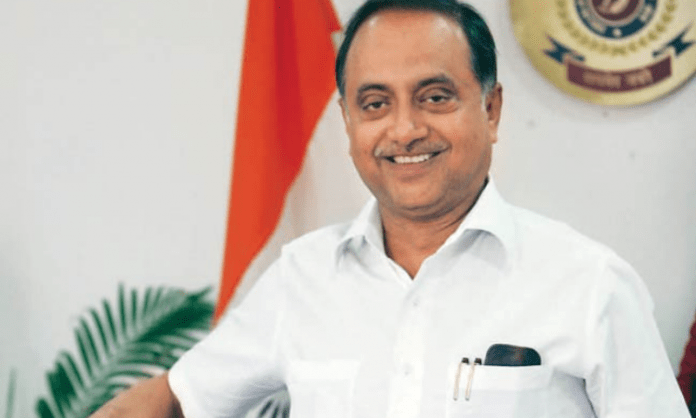 Any player, player support personnel, or match official will be banned for up to three IPL matches and will be fined Rs 5 lakh if that person thrice breaches rules that bar carrying any mobile device, laptop computer, static/landline, or similar telephone capable of making calls in the Players and Match Officials Areas (PMOA) during IPL matches.

This, and other lesser penalties for these types of breaches, will be “immediately binding and non-appealable”, say rules enshrined in the BCCI’s minimum standards for PMOA during IPL matches.

The PMOA is broadly earmarked in and around the players’ dressing rooms and those occupied by match officials – umpires and match referee – at a stadium that is hosting a match. Accreditation cards, carrying the bearer’s photos, are issued to all players, match officials, and even waiters who serve in the PMOA.

For the first time breach of the relevant clauses relating to carrying of mobile/laptop devices, the fine is Rs 1 lakh while for a second breach by the same person the fine will be Rs 3 lakh. The BCCI’s Head of the Anti-Corruption Unit (ACU) will impose these fines. The present ACU Head is Ajit Singh, a former Rajasthan Director General of Police, who was appointed in March 2018.

“Any decision made by the ACU Head in relation to any of the above, shall be the full, final and complete disposition of the matter, immediately binding and non-appealable,” say the PMOA rules.

Some people point out that since players earn lakhs and crores of rupees while playing in the IPL, so these fines would make a little dent in their pockets. But former BCCI ACU head Neeraj Kumar says more than the monetary fine, the stigma of being banned for breach of rules sticks to players for the rest of their careers.

“These fines were always there but there was never any requirement to enforce these earlier because the breach didn’t happen. But the stain that even a temporary three-match ban leaves on you plays havoc with your career,” Kumar, a former Delhi Commissioner of Police, told IANS.

Kumar also pointed out that for a non-established cricketer staging a comeback to the team after a ban could be more difficult than a seasoned player who is punished for the same offense. He cited the example of three Australian players — Steve Smith, David Warner, and Cameron Bancroft — who was banned for being involved in a ball-tampering episode during the third Test against South Africa at Newlands, Cape Town, in March 2018.

While Cricket Australia, the governing body, banned Smith and Warner for 12 months each from international and domestic cricket, Bancroft, playing only his eighth Test, was handed a nine-month ban. Smith and Warner staged successful comebacks to international cricket and are presently captaining Rajasthan Royals and SunRisers Hyderabad respectively. However, Bancroft has so far not been able to become a permanent fixture in the Australian Test XI after the ban, though he played two Tests against England in August last year.

“If you are a Steve Smith, you may come back after the ban is over. But if you are a lesser player, you will probably never be able to return. The third player [Cameron Bancroft] along with Smith and Warner, suffered the most,” said Kumar, referring to the ban of three IPL matches.

“If there’s a struggling player and he undergoes difficulties, and then he is banned, it is as good as his career getting over. Unless you are a Steve Smith or a David Warner, you would not be able to come back,” he emphasized.

Is the quantum of punishment for this particular breach in IPL enough? “Rs 5 lakh is a very little amount for a top rung player who earns his match fee in crores. This amount wouldn’t make a difference to him. But if somebody is on the fringes and who earns a total of Rs 10 lakh or Rs 20 lakh, it becomes a big amount for him,” said Kumar.

The IPL was mired in controversy in 2013 when allegations of betting and match-fixing emerged, and several players, including S. Sreesanth, were banned for various periods. The issue eventually reached the Supreme Court and the court expanded the scope of the case to include governance reforms in the BCCI. It led to a new BCCI constitution being framed, though a final verdict is yet to come.

The Indian men's wrestling camp for the Freestyle and Greco-Roman category is currently in progress at the SAI NCOE, Sonepat. The camp had commenced...
Read more
Sports

If Kolkata Knight Riders (KKR) are not yet among the top two in the points table in the ongoing IPL season, they have their...
Read more
Sports