Is Janasena Running Behind Other Parties…? 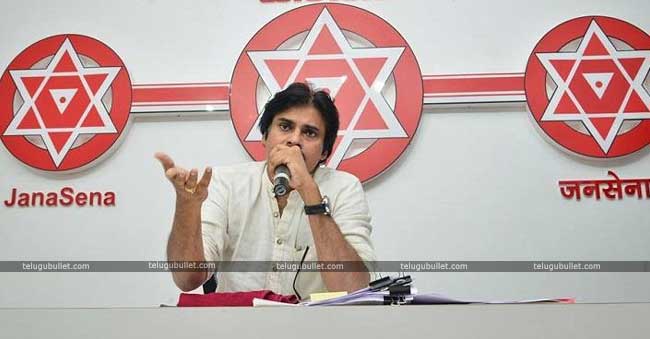 The Janasena Chief Pawan Kalyan made some developments within the party keeping very short time to the Parliament elections. On contrary to these new developments, political experts find fault with the Janasenani’s late work.The party Janasena is eyeing on contesting in all the Assembly seats for the upcoming General elections of AP. however, its fight as for the Lok Sabha is still in dilemma as the party needs to do a lot of groundwork. Recently, Pawan Kalyan announced 9 members for the Narasapuram Parliament segment in various working committee position and another 29 members as coordinators for the same segment.

The odds are one among these members might get a chance to fight for the Lok Sabha seat but the announcement is yet to be made. Going with this pace, it is clearly evident that Janasenani is not at all concentrating on the Lok Sabha elections. If he goes with the same pace, then the analysts fear that people will be least interested in Janasena party. He still needs to announce the MLA candidates and MP candidates for the Lok Sabha and Parliament elections.His followers backs their Chief that they are rather concentrating on larger goals as the party is well determined to have a political fight for the upcoming 25 years.