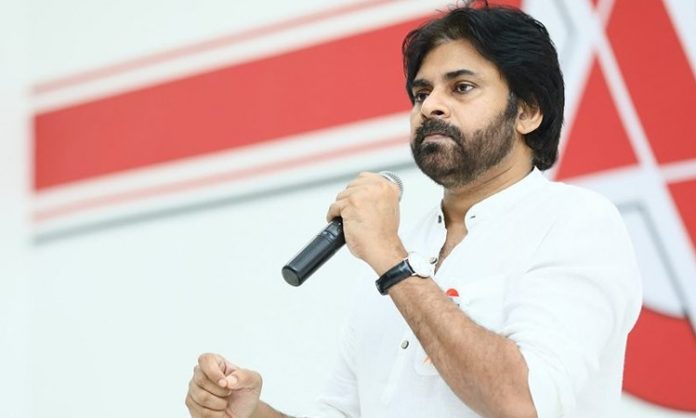 Jana Sena chief Pawan Kalyan responded on Twitter to the agitation of the Amaravati farmers. He said that the farmers of the capital have landed in trouble with the government’s decision. The actor turned politician alleged YSRCP making vague statements on the capital ever since it came to power. Chief Minister’s comments in the assembly have raised doubts about capital.

He said Jana Sena has come forward to help the farmers with their morale. Pawan called on the farmers to be restrained until the report of the expert committee on the capital is released. Depending on the report, we would take a decision. Pawan had sent the Jana Sena team to Amaravati to find out the farmer’s problems on Capital shifting. On the other hand, the farmers gave a band called in 29 villages of Amaravati which turned out to a turmoil on Thursday. The police have enforced section 144 and deployed the police at the Secretariate in Amaravati.

I’m a clean person, not scared of PM Modi: Rahul

Former Congress chief Rahul Gandhi on Tuesday said he was not scared of Prime Minister Narendra Modi as he was a "clean person" and...
Read more
National