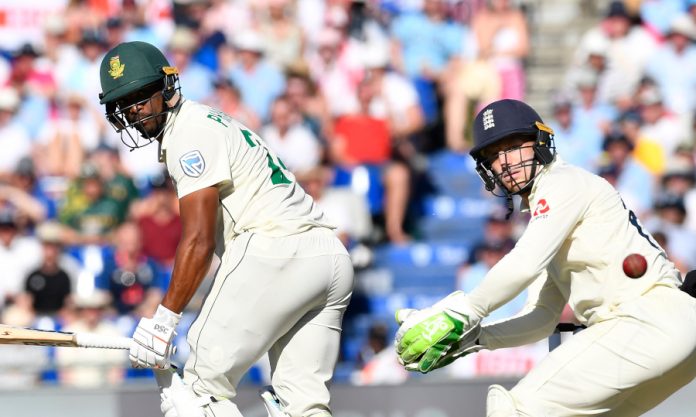 Jos Buttler has been fined 15 percent of his match fees and also received one demerit point for “use of an audible obscenity during an International Match”, the International Cricket Council announced on Thursday (January 9). On the final day, Buttler used obscene language against Vernon Philander after collecting a throw.

England went on to win the contest by 189 runs but not before some stern resistance from the hosts in Cape Town.

The throw came in from Joe Root at mid-off and almost hit Philander before being collect by Buttler. The ‘keeper, annoyed with the batsman not moving, was heard calling Philander a “f***ing knobhead”.

Before England’s win, South Africa had won the Boxing Day Test to take a 1-0 lead. With the series now tied at 1-1, the two teams will meet in Port Elizabeth from January 16 for the third Test of the four-match series. The visitors have already been dealt with another unkind cut with James Anderson ruled out of the series with a rib injury.