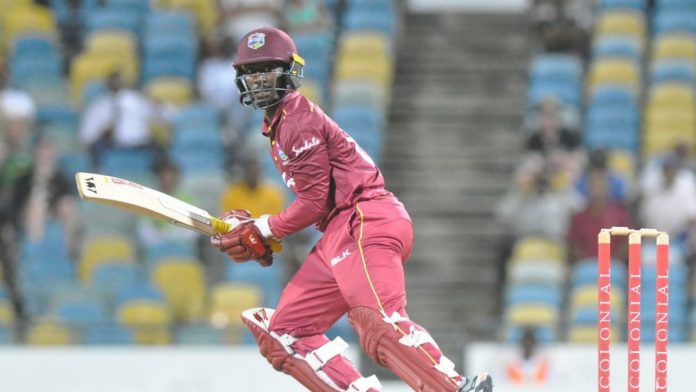 Hayden Walsh’s late rescue act after a 64-run fifth-wicket stand between captain Kieron Pollard and Nicholas Pooran helped West Indies avoid a stunning defeat to Ireland at home, as they chased down their target of 238 with just one wicket and one ball to spare take an unassailable 2-0 lead. The visitors were led ably by opener Paul Stirling in the first half of the game – when he scored a 79-ball 63 – before a combined bowling effort nearly downed the hosts in Barbados.

Off-spinner Simi Singh struck timely blows – taking out opening Shai Hope and then half-centurion Nicholas Pooran – while Mark Adair brought his team back into the game with Alzarri Joseph’s wicket. There was plenty of drama – and opportunity for Ireland to seal a famous victory – but two missed run-out chances saw West Indies somehow scrape through.

The West Indies wobble in the chase was down to a top-order collapse, that saw Evin Lewis (7), Shimron Hetmyer (6) and Brandon King (0) all return for single-digit scores before the revival from Pooran and Pollard began. With the asking rate not too high, it appeared like the duo would take West Indies through, until Simi Singh cleaned up Pooran with a lovely delivery that deceived the half-centurion in the air, lured him to press forward and beat the outside edge of his bat to crash onto the stumps. This came right after the players were briefly forced off the field due to showers – at which point West Indies were already ahead of the DLS par score. The intermission – however brief – seemed to have disrupted the concentration of both the set batters as they fell in successive overs.

Barry McCarthy came back into the attack and pouched a return catch off a leading edge from Kieron Pollard to end the captain’s stay on 40 off 32. Simi swung into action again in just the next over, albeit with an innocuous long hop that Romario Shepherd pulled towards midwicket where Stirling took a sharp catch. The quick downward slide left West Indies on 148 for 7, and vulnerable to a lower-order collapse.

The rain came once again, and this time Ireland was ahead on DLS thanks to the flurry of wickets. But this time too it didn’t keep the players off the field for too long. When play resumed, Hayden Walsh took it upon himself to drag his team towards a labored victory. Kharry Pierre pulled in the same direction as Walsh for a crucial 52-run partnership. But Ireland clawed back with Pierre’s dismissal in the 39th over, when he nicked an Andy McBrine full toss to Stirling at first slip.

At the 40 over the mark, the game was still on an even keel. West Indies needed just 37 of the last 60 balls, but Ireland’s chances were as bright, as they needed just two more wickets to pull off a win for the ages. Walsh, in the company of Alzarri Joseph, brought the equation down to 16 off 24 balls. Joseph even took charge in the 48th over, smashing two successive fours off Adair. But Adair fought back with a back-of-the-hand slower ball to dismiss Joseph in the same over, taking the game into the last over where West Indies needed 5 off 6.

There was more pandemonium in-store when Cottrell and Walsh offered Ireland two run-out opportunities to seal the game with their running uncertainties, but Ireland ended up squandering both chances. First, Adair knocked the stumps off at the non-striker’s end without having the ball in his hand when Cottrell was short of his crease, and then a throw from long-off went to the wrong end which denied them the 10th wicket. To add to the woes, Cottrell then finished the game with a big six off the fourth ball.

Ireland could’ve had the chance to defend a much bigger total had any of their top-order batsmen accompanied Stirling for a little longer. The best partnership at the top of the order came between Stirling and William Porterfield – 59 runs for the third wicket, but once this was breached Ireland lost wickets in a heap. Kevin O’Brien and Simi Singh attempted to revive the innings and push for a strong finish but Joseph and Cottrell – who had big roles to play in the tense chase – made their presence felt from the very beginning of the game. They picked seven wickets between them as Ireland went from 135 for 4 to 224 for 9, eventually finishing with 237 – with only 45 runs coming in the last 10 overs.