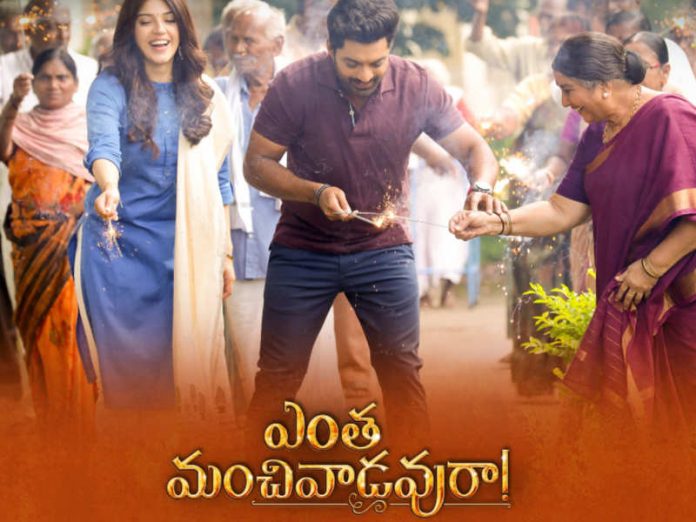 The first official trailer of Entha Manchivaadavuraa starring Kalyan Ram, Mehreen Pirzada is out. After a grand pre-release event, which was graced by Jr NTR as a chief guest, the makers have unveiled the trailer that is high on action and promises to be a perfect family entertainer. Directed by Satish Vegesna, Entha Manchivaadavuraa sees sizzling chemistry between the lead actors and its one of the highlights. Kalyan Ram shows off his heroism in the trailer and is nailing it with action scenes.

Nandamuri Kalyanram plays very interesting roles and has three identities Siva, Surya, and Rishi that he uses at different situations and places. The trailer takes a drastic turn after Kalyan Ram’s family misunderstands him over something. Rajeev Kanakala plays the antagonist in the film. Entha Manchivaadavuraa trailer also stars Sarath Babu, Suhasini Maniratnam, Vijayakumar, Vennela Kishore, Suhasini, Pavitra Lokesh, Praveen, and Prabhas Sreenu. The music of the film has been composed by Gopi Sundar while Raj Thota has cranked the camera. Entha Manchivaadavuraa is all set to release on January 15, 2020.

Indian men's hockey team's midfielder Sumit has said the time off from national camp has been refreshing for him, and he is now again...
Read more
Read More