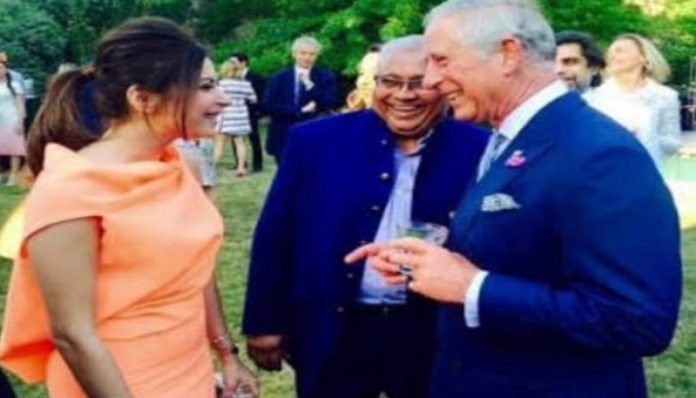 Coronavirus has not spared the Royals too, as recently it was reported that Prince Charles has tested positive for the virus. Soon after, Kanika Kapoor was dragged into the controversy as old pictures of the singer with Prince Charles went viral on the internet. Dressed in an orange ensemble, Kanika is snapped in conversation with Prince Charles. According to a news portal, these photographs belong to a royal event from 2015. However, Internet was quick to connect the meeting to their current health condition.

Kanika Kapoor became the first Bollywood celebrities to have tested positive for the novel Coronavirus. She revealed the same in an elaborate Instagram post. The ‘Baby Doll’ singer had recently returned from London and is currently undergoing treatment at Sanjay Gandhi Post Graduate Institute of Medical Sciences (SGPGIMS) in Lucknow. For a third time she has tested positive for coronavirus and SGPGIMS Director Prof RK Dhiman had stated that her treatment will continue until unless at least two tests show her negative.Legal action has also been initiated against the singer for negligence.