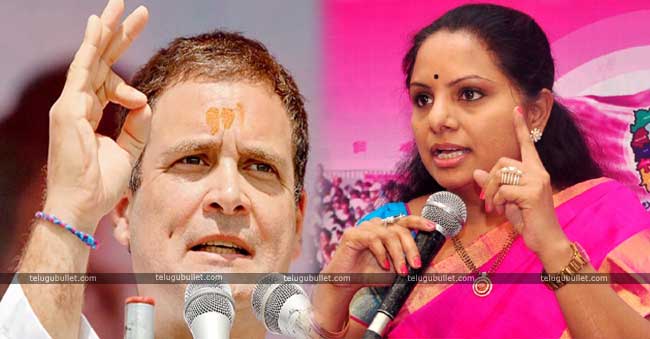 The Telangana CM KCR’s daughter Kalvakuntla Kavitha finally responded on the allegations made by the AICC President Rahul Gandhi over TRS party’s ruling. Along with counters on Rahul, she threw a big challenge to this PM Candidate of UPA.It is a known thing that Rahul slammed the TRS party and its rulers Kalvakuntla family in his previous speech of Nizamabad. Kavitha, the MP representing the same Parliament segment condemned the allegations of Rahul. She explained that Nizamabad under the ruling of TRS is quite prosperous so instead of showcasing fake love on this place, Kavitha asked Rahul to concentrate on his own constituency Amedi which is under developed. 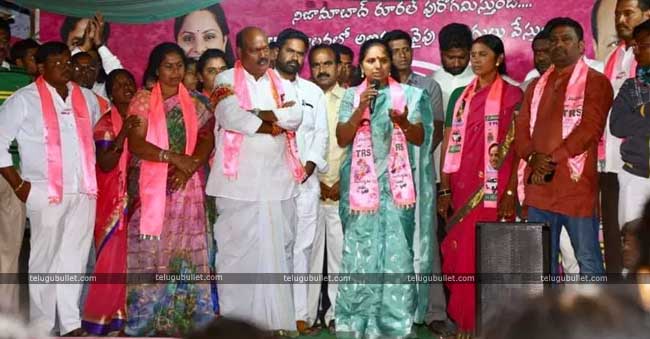 Not stopping there, this Lok Sabha Member of TRS challenged Rahul to prove his love for Telangana by writing a letter to the Prime Minister regarding the problems of Telangana farmers. Also, she demanded the AICC Chief to voice out his support in the Winter Parliament Sessions and take the side of TRS MPs’ fight for the issues of T-State.This is said to be a quick retort from the Kalvakuntla’s family to the Congress party which is exuberant on winning the snap polls at any cost. One of Kavitha’s major challenges include the support of T-State’s demand of increasing the Minority reservation up to 12% which is not ok to the Hindu branded party BJP