KCR Changes His Tone For YSRCP 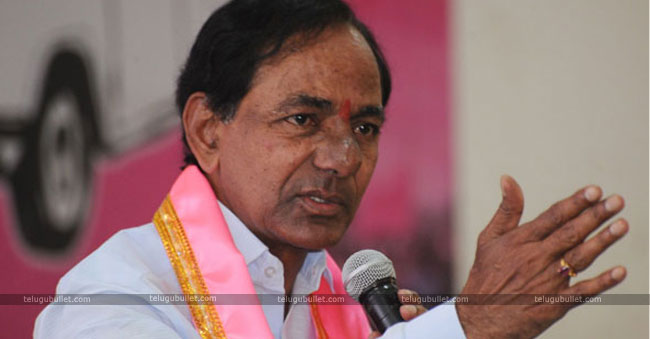 The Telangana CM KCR who is indirectly batting for the YSRCP for gaining more MP seats to have a hold on the Central Politics shifted his voice yesterday. This hater of CBN made some new claims regarding AP and its Status.

KCR cleverly used the anti-AP sentiment during the snap polls of 2018. The way he lashed AP people, its leaders, projects and the so-called Special Status is still being remembered by every citizen of AP. Such a leader yesterday projected himself as a well-wisher of AP by stating that he has no issues with AP people nor its projects. KCR declared that his only rival in AP is Chandrababu Naidu and his government. This TRS Chief stated that he is still in support of AP Special Status and if his state gets 1000 TMC water from river Godavari, then he has nothing to oppose the Polavaram project as well. KCR told people of Telangana not to have fights with the AP people as they are innocents for all the ruckus created by the AP Political leaders. This first CM of Telangana wished to see CBN losing deposits in the upcoming elections.

Political experts opine that this sudden change in color is to portray himself as a good friend of AP as his ally YSRCP needs to get more votes. However, the damage is already done and the AP people are completely against the TRS party. This same reason is now affecting YSRCP who openly declared their support to TRS party in the Lok Sabha elections.