KGF Surpasses The Collections Of Baahubali: The Conclusion

Yash has become the latest sensation of the nation with his magnificent performance in KGF. This film has won the accolades from every corner and is running quite good despite entering the third week.Yash starrer KGF which was released a while back has created a sensation at the box office. This film has created a new record as the first Kannada film to enter into the elite club of 100 crores. In Karnataka, this film has surpassed the record collections of Baahubali: The Conclusion. 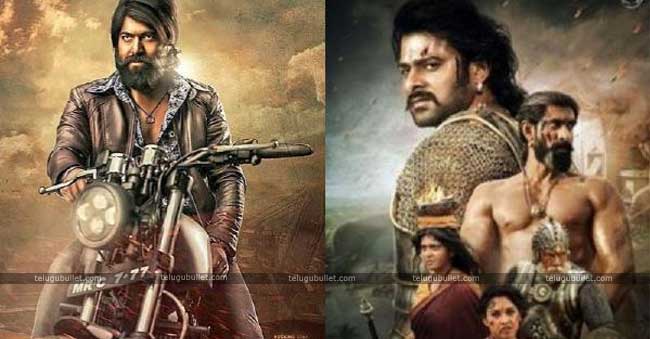 This film has been a blockbuster hit in Kannada, Telugu, and Hindi languages and is still running with packed houses. The worldwide gross of the film has crossed 175 plus crores and is expected to fetch much more in the coming two weeks as its the season of Pongal.With the blockbuster hit, the makers of KGF are already busy in pre-production works of the second part. The regular shoot is touted to be from April and the release date of the second part is expected to be in the month of December this year.