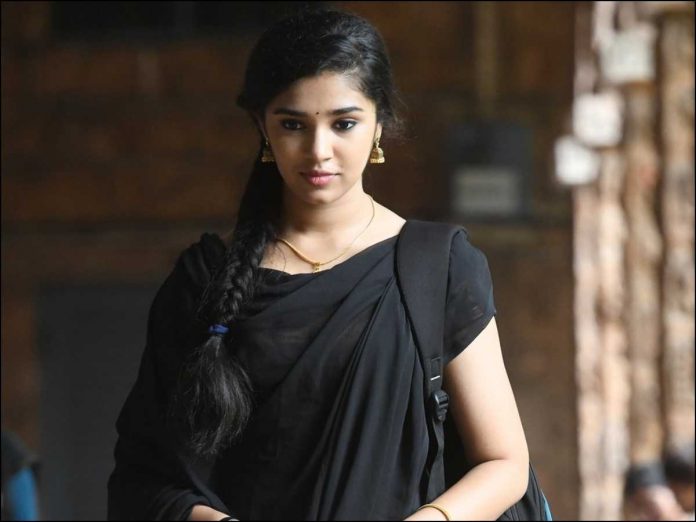 Krithi Shetty is making her debut in Telugu film industry with a romantic movie Uppena which has Mega hero Vasihnav Tej in the lead role. The movie Uppena is yet to be released. Krithi Shetty caught the attention of top producers and directors. She is flooding with the number of offers. Now according to the latest buzz in the film industry, Krithi Shetty’ manager is quoting a whopping Rs 70 lakh as her remuneration for a movie.

Generally the young actresses don’t quote so much in the early stages of their career but Krithi Shetty’ manager is demanding huge amount as a remuneration. The sources say that Krithi Shetty is quoting at least three times more than other successful young actresses even before her first film Uppena is out in theaters.

The reports are coming that the producers are willing to pay as much as she demands for a film. On the work front, she has been roped in Natural Star Nani starrer upcoming film Shyam Singha Raoy which has Fidaa and Premam fame Sai Pallavi in the female lead role.

Shyam Singha Roy is set in Kolkata. Initially, the makers planned to shoot the film in Calcutta but due to the coronavirus pandemic, the makers dropped the idea and now they want to shoot it in the sets.