CM Post Of Telangana Is Not Vacant For The Upcoming Years: KTR 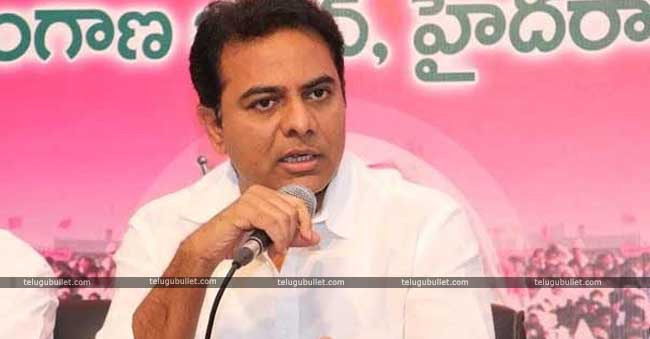 The number two of TRS, KTR has recently made the Working President of TRS party in Telangana by his father KCR. As the next big leap is nothing other than the CM post of Telangana, this lad has a different story to tell for his well-wishers.KTR won yet again this time with the bumper majority as an MLA. He bagged the support of voters with his services done when he served the State in the Ministries of Panchayat, Urban Development, Municipal Corporation, and IT sectors.Even before the extension of KCR’s cabinet, KTR has been made as Party President. Putting an end to the rumors regarding himself being the future CM candidate of TRS, KTR declared that he has no interest on the CM Chair.

He is more than happy to serve in any cadre directed by the Supreme KCR in this regard and has aspirations to rule the State after his father. This dynamic leader cracked a joke with the Press that the CM seat is not vacant and it shall not be vacant for the upcoming years so he asked the journos to forget this topic.Likewise in the last term, KTR is speculated to be handling more than three Ministries with ease and grace. Now that he has the complete support of his competitor Harish Rao, KTR can be a potential runner for the CM post with or without his own interest.

The Badminton World Federation (BWF) has announced the Asian leg of the adjusted World Tour 2020 will take place in Bangkok in January next...
Read more

The sports fraternity has expressed grief at the passing away of famous playback singer S.P. Balasubrahmanyam. Balasubrahmanyam, popularly known as SPB or Balu in the...
Read more
Read More