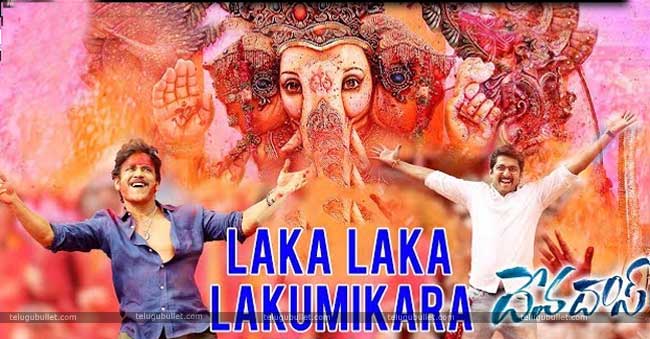 On eve of Vinayaka Chavithi, Devadas team has released the song of Lord Ganesha. Certainly, tomorrow, all area people will play this song at Mandapas. Really, the song is awesome. And, the lyrics are very meaningful and understandable and the lyricist is Rama Jogayya Sastry. In the song, Nagarjuna with numerous colors and Nani with the general look without any colors celebrating the Ganesha festival. The movie is coming on the 27th of September. 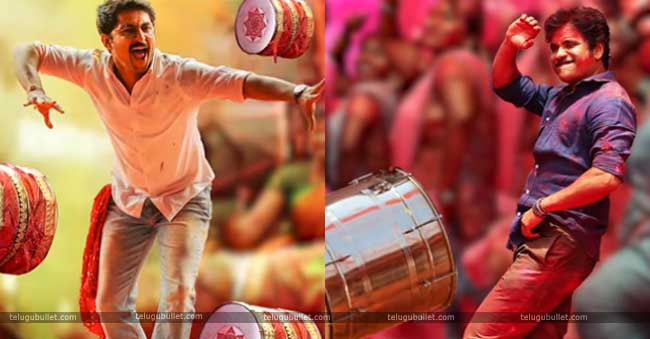 Nagarjuna and Nani combo excites the fans. The recent teaser and posters got a good response from the audiences. Moreover, the two songs of the movie are released and getting a good response. Really, Mani Sharma back to the form. He gave Lord Ganesh song to Chiranjeevi in Jai Chiranjeeva movie as well as now to Nagarjuna. Moreover, now Telugu industry’s top four heroes have Lord Ganesha songs. They are Cooli No.1 for Venkatesh, Jai Chiranjeeva for Chiranjeevi, Dictator for Bala Krishna, and Devadas for Nagarjuna. Moreover, it is the second film of Mani Sharma and Nani combination. 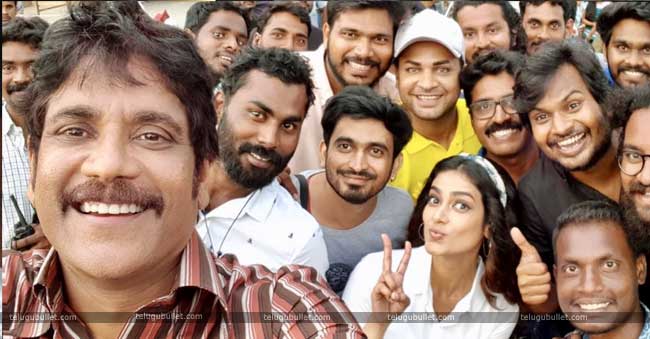 The whole world is trying to adapt to the new realities in the post-COVID-19 era, and Oscar-nominated filmmaker Kenneth Branagh feels that the new...
Read more
Cinema Latest

Inter Milan have slipped to the fourth place in the Serie A after playing out a 2-2 draw against Hellas Verona in a topsy-turvy...
Read more

Brazilian President Jair Bolsonaro, who tested positive for the novel coronavirus earlier this week, reiterated the need to reopen the country's economy despite the...
Read more

Strict 3-day lockdown to be enforced in Agra

After the Agra District Magistrate's stern warning on Wednesday that another lockdown was inevitable if people continued to violate the ICMR guidelines, and moved...
Read more
Read More