The controversial lady Lakshmi Parvathi gave a detailed Press meet on the happened attack on the Opposition leader YS Jagan. In her long speech, she lashed out at her arch-rival Chandrababu Naidu for many reasons. This second wife of late NTR declared that CBN is behind the attack on Jagan at any cost. She stated that only CBN has such motives for eliminating anyone who comes as a threat to his Power. 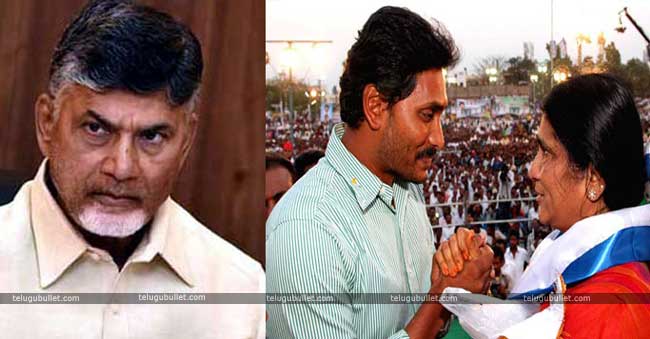 Reminding the Viceroy incident, Lakshmi Parvathi claimed that Babu has the history of dethroning and ending the lives of all strong leaders who stood as barriers for this CM seat. This YSRCP supporter explained that Chandrababu in his entire Political career never won the elections alone without the support of any other party. So this time, Parvathi declared that TDP’s win is impossible. From NTR to the murder of Vangaveeti Ranga, Lakshmi Parvathi alleged CBN’s hand in everything.

Extending her support to the YSRCP Supreme Jagan, Lakshmi Parvathi ended her speech by wishing to see Jagan as the Chief Minister of AP in the upcoming elections of 2019. As the elections are approaching in less than a year, both the rival parties have been utilizing this attack incident completely to gain Political mileage.