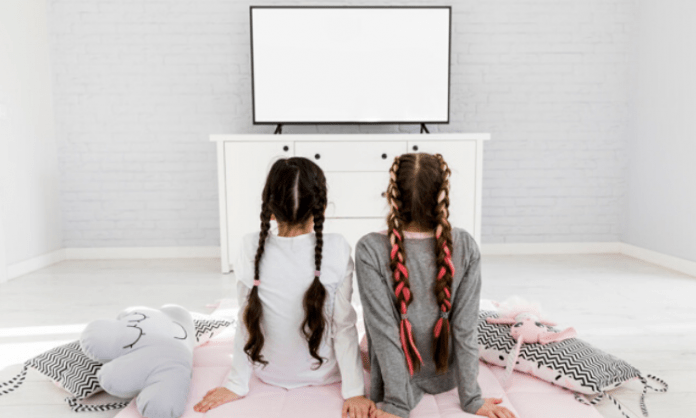 Around 65% of children have become device addictive in recent months and are unable to stay away from the device even for half an hour. Children are expressing anger, crying, not listening to parents, showing irritable behavior when asked to leave the device.

These facts have come to light in a sample survey carried out by physicians at JK Lone Hospital in Jaipur on 203 children to study the impact of the COVID-19 lockdown on child health.

The survey says that a total of 65.2 percent of students have reported physical problems, 23.40% have gained weight, 26.90% have suffered headache/ irritability and 22.40% had reported eye pain and itching.

In view of the prevailing lockdown due to the COVID-19 pandemic, data was gathered on electronic platforms and social media for the study in which the latest and standard questionnaires were used to collect the data.

After obtaining consent, questionnaires were sent to the parents.

The information pertaining to around 55% boys and 45% girls were shared by parents residing in the major cities of Rajasthan such as Jaipur, Jodhpur, Kota, Udaipur, Ajmer, Ganganagar, Bhilwara, Sikar, Churu, Alwar, Hanumangarh, Nagaur, Bharatpur, as well as cities outside Rajasthan such as Delhi and NCR, Kolkata, Mumbai, Agra, Lucknow, Chandigarh.

The survey said that children used mobiles, laptops, computers, and tablets available at home out of which mobiles were the most used tool.

Most schools, on average, engaged children in online classes for 1-8 hours (mean 3 hours ) per day.

It was concluded that after the lockdown almost all the children had a screen time increase of 2-3 times (5 hours/day from 2 hours/day) which reduced their physical activity.

About 50% of these children have difficulty sleeping after going to bed for 20 to 60 minutes and 17% of the children wake up in the middle of their sleep at night and take 20 to 30 minutes to get back to sleep.

Complaints of behavior change were also reported in about two-thirds of the children. About 6-7 percent of the children started having bedtime fears, stubbornness increased to 32%. The incidence of uncontrolled anger (tantrums) in children also increased by 30%.

To meet the demand of online classes, about 38% of families had to buy a new device, which also put some financial burden on them.

The study overall concluded that COVID-19 and the lockdown had a significant negative impact on the physical, mental, and emotional health of the children leading to poor quality sleep, psychiatric disorders, and parent-child discord.

Dr. Anamika Papriwal, a psychologist, told IANS that family fights over electronic gadgets like laptops, computers, and mobile phones, have become common during this ‘work from home’ (WFH) regime.

“I have been receiving regular calls from families facing erratic behavior from their kids. They share their harrowing tales,” she said.

Goa's Health Ministry on Friday received 1,008 vials of Remdesivir from pharma major Cipla. Remdesivir is an anti-viral drug that is administered to Covid-19...
Read more