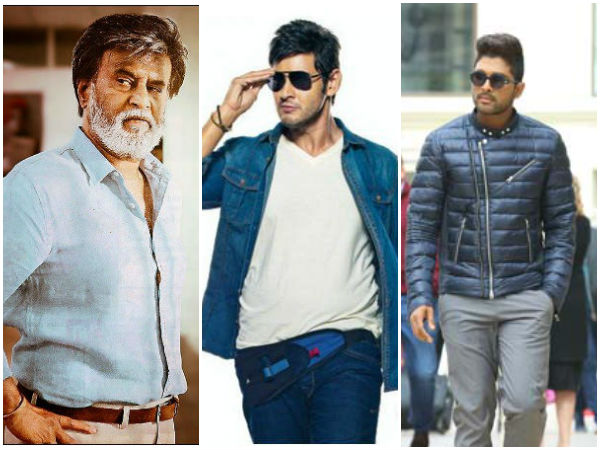 Sankranthi sentiment is strong among South Indian filmmakers as well as actors. Most movie stars lock Sankranthi dates even before the launch of their movie because they don’t want to miss the date. Trivikram is one such filmmaker who often chooses the Telugu festive occasion to release his movies. Another actor is Nandamuri Balakrishna.

This year too, Trivikram announced that his movie with Allu Arjun Ala Vaikuntapuram lo will be a Sankranthi treat to the audience. Not to be left behind the race, superstar Mahesh Babu too joined the club. His upcoming movie Sarileru Neekevvaru in which he plays a soldier will see the light of the day around the same time. Kalyan Ram’s next titled Yentha manchivadavra with director Satish Vignesh who’s sentimental about releasing his movies in the festive season. Even though his Srinivasa Kalyanam was a box office dud, his last release Shatamanam Bhavathi with Prakash Raj was a runaway hit and also earned him accolades and laurels.

So he’s very particular about releasing his next with Kalyan Ram on Sankranthi. Now, while this itself seemed like a tough contest, the latest to join the bandwagon is none other than Superstar Rajinikanth. His much-awaited police drama Darbar is gearing up to hit the marquee for Pongal. Now, what can we say? We know the power of Rajinikanth. We are not doubting the stamina of any of our Telugu actors but with Rajini jumping into the fray, things may get slightly difficult owing to the problem of theatre availability. It remains to be seen who will theatres in the Telugu states bet on. Will it be Telugu heroes or Rajini. This Sankranthi will be a perfect 2020 match with our Telugu heroes Mahesh, Bunny and Kalyan Ram on one side and Rajini on the other. Who will be the box office winner will be decided soon.