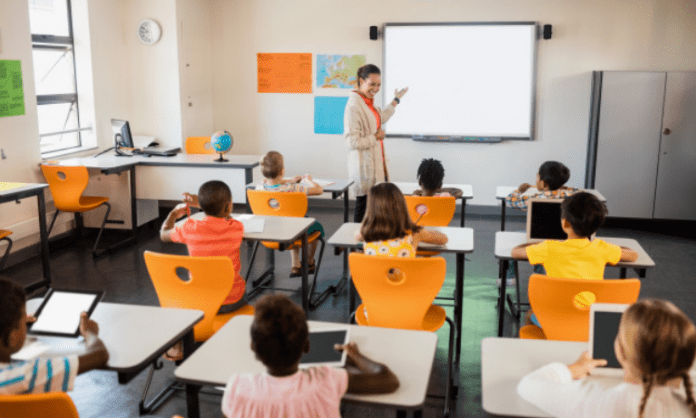 Only 33 percent of parents support the reopening of schools from September 1, according to a survey by LocalCircles.

Risk and unknowns of Covid-19, and hard to implement social distancing norms in schools pose risk to seniors in the family are among the top reasons why parents don’t want schools starting from September 1.

Many schools started online sessions for the children to ensure that learning does not stop. As per the latest media reports, the central government is now considering opening schools from September 1 as part of its final unlocking measures starting with Classes 10-12 and Classes 6-9 with a 15-day gap.

As a reaction to the media reports, many parents raised the issue of schools restarting on September 1, and subsequently, LocalCircles decided to conduct a survey to get the collective parent pulse on how they feel about reopening of schools in less than a month.

The survey received over 25,000 responses from parents and grandparents in different parts of India.

With a total number of Covid-19 cases at 2.2 million and a daily caseload of approximately 65,000, India now has the highest number of daily cases in the world.

The infection is spreading so fast in the country that it took only 20 days for the number of infected to increase from 1 million to 2 million and as per the WHO guidelines, children fall in the high-risk category.

Children if infected can be carriers of the virus and spread it to other members of the family with grandparents being the most vulnerable as many families in India have a joint family structure.

Parents were asked if they approve of the reported Government plan of restarting schools from September 1 for Classes 10-12 and for Classes 6-10 after 15 days. In response, 58 percent said ‘no’ while only 33 percent answered ‘yes’.

47 percent said all of the above were valid reasons for them as 23 percent said they are not opposed to the opening of schools from September 1.

As schools in America begin reopening, dozens of students and school staff have started testing positive for Covid-19, while hundreds have been ordered home quarantine.

In early May, Israel became the first country to restart schools and within a few days, hundreds of students and teachers got infected. Kenya has decided to cancel the entire school year to protect the kids from the infection.

Like the earlier Unlock guidelines, the states may be given the authority to decide if they want to reopen schools in different districts, depending on the prevailing caseload. Whatever decision is taken, the majority of parents are against the restarting of schools.

The issue with children in villages and schools is that they do not have an online education facility. Parents strongly feel that the Government via radio, television, and financial support should enable online classes in such schools.

The idea of Corporate Social Responsibility (CSR) funds being deployed via a centralized mission into online school education was also discussed. Some parents even suggested these funds being utilized to furnish low-cost computing devices in schools. A combination of such enablement along with a channel for each class on television and radio can play a role in educating children while schools stay shut.

To the majority of the parents, while it is important that children don’t fall behind on their education, it is critical that their health doesn’t take a hit, especially at a time when the long-term impact of COVID-19 is still unknown.

Barely 48 hours ahead of the start of DDC polls in Jammu and Kashmir, two soldiers were killed in a terror attack in broad...
Read more
National

Haryana Chief Minister Manohar Lal Khattar on Thursday slammed his Punjab counterpart, Amarinder Singh, for inciting the farmers. In a series of tweets, he...
Read more