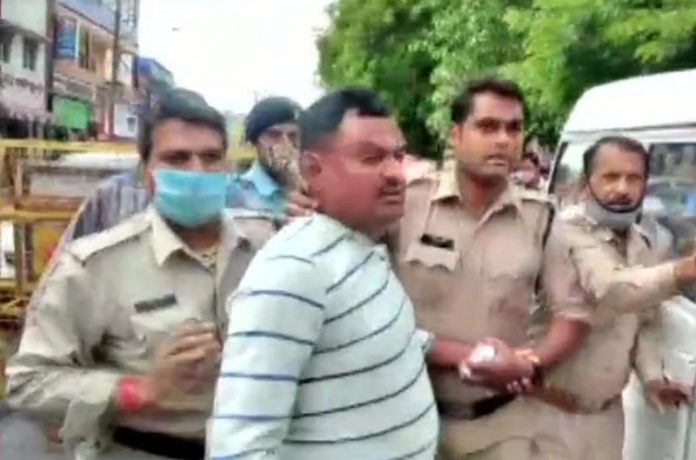 Exactly 24 hours after his arrest, most wanted gangster Vikas Dubey has been killed in an encounter. This incident took place while Vikas Dubey was being shifted from Ujjain to Kanpur via road.

The UP Special Task Force (STF) police started to Ujjain early in the morning in three vehicles. However, one of the three vehicles overturned on the highway. During that time Vikas Dubey is said to have tried to escape. Alerted by this the police have fired at him and in this Dubey sustained injuries and was unable to move.

Having noticed this the police have rushed Dubey to a nearest hospital. But then the doctors have declared him as dead.

This whole episode sounds very dramatic and certainly many will have their doubts. In fact for some this is not a surprise at all as Vikas Dubey’s mother and brother have appealed to the police to kill him for being the most dreadful gangster.