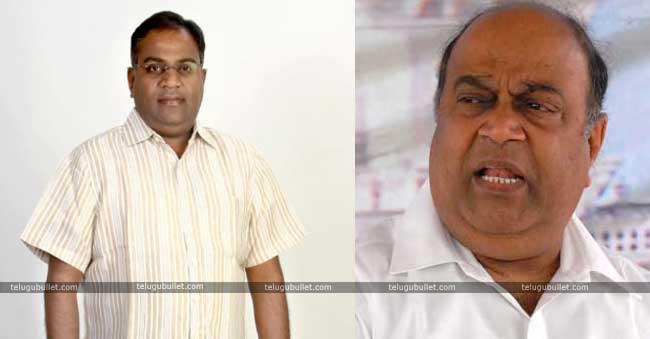 The former big leader of T-TDP Nagam Janardhan Reddy suffered a huge loss in the name of his elder son Dr Dinakar Reddy. Yesterday night, Dinakar Reddy breathed his last in the Apollo hospital leaving his family in vain. Nagam who left BJP and joined T-Congress recently is concentrating on winning this time with the support of Mahakutami. As he is busy with his Political works, his elder son Dr Dinakar Reddy, who is a Doctor by profession and Civil Contractor by part-time got admitted in the hospital last week due to breathing problems.

Dinakar is all set to have a lung transplantation but unexpectedly, he suffered a heart attack and left his life yesterday night in the same Apollo hospitals. Several bigwigs of Telangana Politics across many parties like T-TDP, TRS, and TPCC are visiting Nagam’s family to pay homage and consoling this Congress leader’s family. With this sudden blow, Nagam appeared very weak as he has aspirations to bring his son into the Politics sooner or later. May the almighty give enough strength to the Nagam’s family to cope up with this huge loss.

After a Punjab Cabinet Minister was diagnosed with coronavirus and hospitalized, the entire cabinet led by Amarinder Singh is likely to undergo COVID tests...
Read more

German Chancellor Angela Merkel said that Germany is willing to compromise on the European recovery fund at the upcoming summit of the European Union...
Read more
Read More