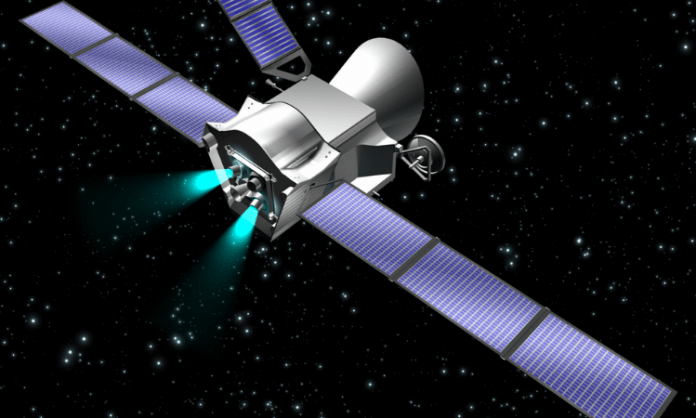 In preparation for the Artemis I launch next year, NASA has stacked the first piece of the Space Launch System (SLS) rocket on the mobile launcher.

Artemis I will be an uncrewed flight to test the SLS rocket and Orion spacecraft as an integrated system ahead of crewed flights to the Moon in the Artemis programme.

Stacking operations began on November 19 with engineers transporting a booster segment from the Rotation, Processing and Surge Facility to the 525-foot-tall Vehicle Assembly Building (VAB).

Each booster consists of five segments and will provide seven million pounds of thrust for the liftoff from Launch Pad 39B at NASA’s Kennedy Space Center in Florida, the US space agency said this week.

When assembled, each booster will be about half the length of a football field, and together they will generate more thrust than 14 four-engine jumbo commercial airliners.

Once stacked, the SLS rocket will stand taller than the Statue of Liberty and have about 15 percent more thrust at liftoff than the Apollo program Saturn V rocket, making it the most powerful rocket ever built, NASA said.

“Stacking the first piece of the SLS rocket on the mobile launcher marks a major milestone for the Artemis Programme,” said Andrew Shroble, an integrated operations flow manager with Jacobs, a company working with the US space agency on the Artemis programme.

“It shows the mission is truly taking shape and will soon head to the launch pad.” The solid rocket boosters are the first components of the SLS rocket to be stacked and will help support the remaining rocket pieces and the Orion spacecraft.

Over the next several weeks, workers will use an overhead crane that can hold up to 325 tonnes, to lift the remaining segments one by one and place them carefully onto the 380 feet tall mobile launcher, the structure used to process, assemble, and launch the SLS rocket.

On Artemis II, Orion will carry a crew of astronauts around the Moon and back, and Artemis III will land the first woman and next man on the lunar surface by 2024.

Subsequent missions will explore more of the Moon and test the technologies and procedures needed for human exploration of Mars. SLS and Orion, along with the human landing system and the Gateway in orbit around the Moon, are NASA’s backbone for deep space exploration.