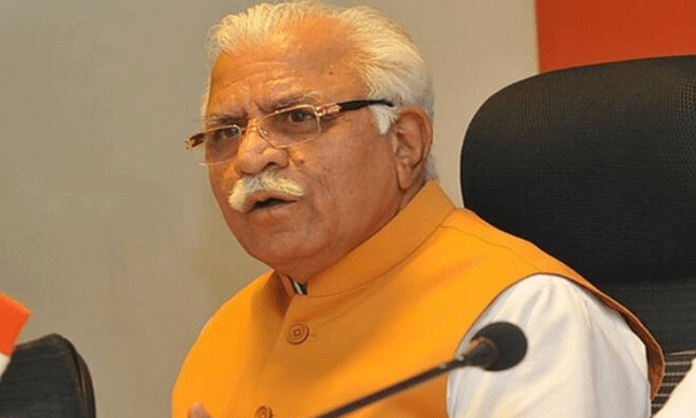 “I’ve been trying to reach out to you for the last three days but sadly you decided to stay unreachable. Is this how serious you are about farmer’s issues? You’re only tweeting and running away from talks, Why?” he wrote.

Khattar added: “Time for your Lies, Deception and Propaganda is over — let the people see your real face. Please stop putting the lives of people in danger during the Corona pandemic.

“I urge you to not play with the lives of the people -at least avoid cheap politics during the time of the pandemic.”

“It’s a sad irony that on Constitution Day 2020, the constitutional right of farmers is being oppressed in this manner. Let them pass (Haryana Chief Minister) Manohar Lal Khattar, don’t push them to the brink. Let them take their voice to Delhi peacefully,” a tweet quoting the Chief Minister said.

The series of a tweet from Punjab Chief Minister’s Media Adviser Raveen Thukral’s handle came when tens of thousands of farmers, despite braving tear-gas shells and water cannons from Haryana Police, managed to broke police barricades ahead of the Punjab-Haryana border in Shambhu near Ambala with several of them, both protesters and the policemen were injured. The farmers broke barricades threw them down the bridge.

According to the All India Kisan Sabha, there are over 50,000 farmers at the spot. Bracing overnight rains and chilly winds, thousands of protesting farmers assembled at various places along the Haryana borders in Punjab amid mounting tension.

They have been stopped by the Haryana Police while heading towards the national capital for their ‘Delhi Chalo’ protest against the three Central farm laws.

A huge contingent of police comprising the Rapid Action Force has been deployed to deal with any untoward situation. They tried to evict farmers gathered since Wednesday evening.