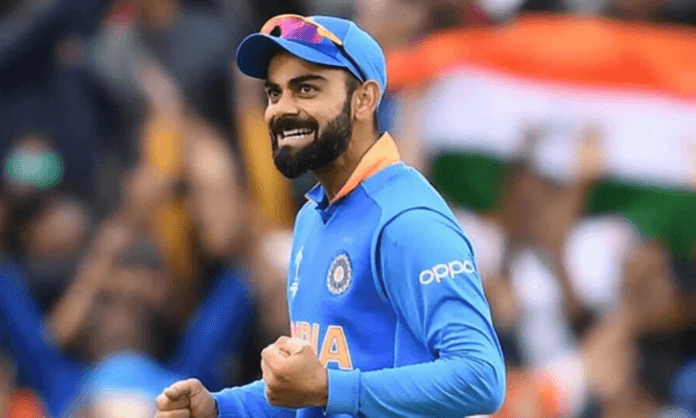 Moved by several youngsters getting hooked to online gambling and also one youth committing suicide, a lawyer has filed a public interest litigation petition in the Madras High Court seeking a direction to shut down online gaming sites, arrest, and prosecution of promoters and the brand ambassadors.

The petitioner has also sought a direction to arrest and prosecute test cricketer Virat Kohli and actor Tamannaah for their role in abetting the youngsters to gamble online as playing and abetment to play gambling is a criminal offense.

Queried on the rationale of his plea for arrest and prosecution of Kohli and Tamannaah as they are just paid, brand ambassadors

A.P.Suryaprakasam, the petitioner told IANS: “They are the major influencing factor. Gambling is evil and they are promoting it. As a matter of fact, the amended Consumer Protection Act has a provision that for false advertisements the brand ambassadors are responsible.”

According to him, the brand ambassadors cannot wash away their hands saying that they are just paid performer – just like an arrow while the archer is the wrongdoer.

“The online gaming addict after sometime resorts of domestic violence to raise money or heavy borrowing to play,” Suryaprakasam said.

“No other sports body promotes the game saying the earning potential. When there is a monetary element involved in a game then it is nothing but gambling,” Suryaprakasam said.

In the petition he had said online gambling sites are more dangerous than the blue whale game as by getting addicted to this gambling, the victim not only spends his money but also spend their family members’ money and put them inA financial burden while in the case of blue whale, the victim alone suffers.

He said the Madurai Bench of the Madras High Court suo moto took up a case against the blue whale game and directed the government to ban it.

Suryaprakasam said initially the youngsters fall into the gambling lured by the initial bonus being offered by these unscrupulous people and subsequently started to spend their hard-earned money or the hard-earned savings of their family members knowingly or unknowingly affect of such family members.

“After losing heavily and unable to raise any further resources within their house these youngsters are forced to borrow at an exorbitant rate of interest and in some cases, they go to the extent of committing a crime to raise money to gamble. Subsequently, when they are not able to return or repay the debt they commit suicide,” he said in his plea.

Recently, the Madurai Bench of the Madras High Court suggested to the Tamil Nadu government that it enact suitable laws to regulate the online gaming industry.

Citing the laws against lottery and charging of usurious interest enacted by the Tamil Nadu government, the court hoped that it will also take note of the present alarming situation and pass suitable legislation to regulate and control online gaming through a license, keeping in mind the law of the land as well as the judicial precedents in this regard.

Explaining the modus operandi of online games, the court had said: “If X and Y want to play a game, both of them have to bet a sum of, say, Rs 10. The winner will get the amount that he put in place, ie., Rs 10 and in addition to that, he will get an additional sum, say 75 percent, that was put in place by the opponent, being the prize amount. The balance, ie., 25 percent, will be credited to the account of the particular online gaming site. The loser will lose everything.”

A rough calculation for the aforesaid scenario, the court said, will give a whopping sum of Rs 63 to the online gaming site, while awarding Rs 20 to the winner and Rs 17 to the runner. Naturally, a player, if he loses his amount, will try to meet out his loss by playing again and again, it added.

The court cited laws of various states regulating online gaming, including the Telangana Gaming (Amendment) Act 2017 that prohibits all forms of gaming for money, be it games of skill or games of chance.

“In fact, the Government of Telangana has further moved a Bill to amend the Telangana Prevention of Dangerous Activities of Bootleggers, Dacoits, Drug-Offenders, Goondas, Immoral Traffic Offenders and Land-Grabbers Act, 1986, by including ‘Gaming Offender’, who commits or abets the commission of offenses punishable under the Telangana Gaming Act, 1974,” the court said.

The Tamil Nadu Police had also told the court about the absence of laws in taking action against online rummy in the state.

James Anderson picked his 30th five-wicket haul in Test cricket as he moved to a sole sixth position among cricketers with most five-wicket hauls. The...
Read more
Sports

The eight teams that will play the quarter-finals of the Syed Mushtaq Ali Trophy here at the Motera from January 26 have undergone their...
Read more
Sports

This is the peak of my career, says Hales after England snub

England opener Alex Hales, who set the Big Bash League on fire on Friday with a 56-ball 110 for Sydney Thunder against Sydney Sixers,...
Read more