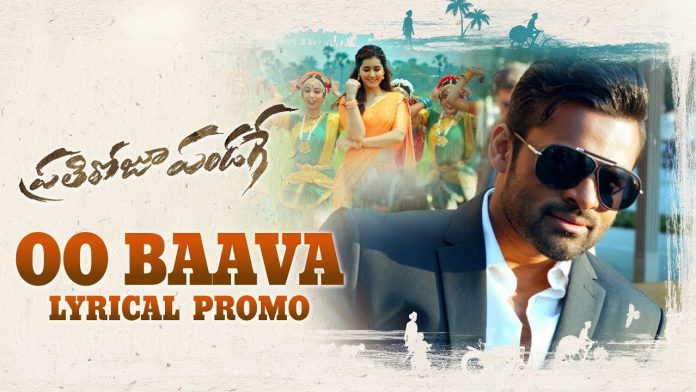 Music by Taman. The first song from the movie has already been released. The second song is also going to be released soon. The latest promo for the song is a new version of a new song.

A Promo Song Promo – Everyday
Sai Dharam Tej and Rashi Khanna star in a couple of films. Maruthi is directing. Allu Aravind is presenting. Bunny Was a producer.

WhatsApp
Facebook
Twitter
Previous articleSony to update 8 Smartphones to Android 10
Next articleLepakshi: Do you know the secret of the temple ..!

A 55-year-old Karnataka police constable is writing the Secondary School Leaving Certificate (SSLC) board exam at Kolar to get promotion before his retirement in...
Read more
Business

Entertainment app ZEE5 on Wednesday announced a short video-sharing platform HiPi in a bid to take on TikTok which is among the 59 Chinese...
Read more