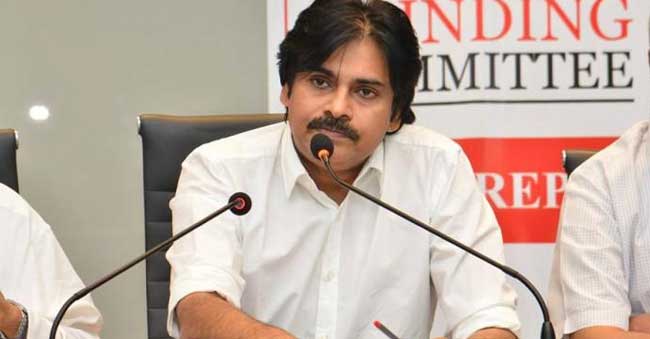 The Janasenani showcased his furious form on some channels like ABN, TV9, TV5, and Mahaa a couple of months ago for telecasting Sri Reddy’s abuse on his mother. ABN filed a case on Pawan in the Hyderabad Civil Court regarding this issue and the Court sent summons to the Pawan. More information regarding this case as follows.The controversial case of Sri Reddy Vs Tollywood took a drastic turn when the director RGV made her abuse Pawan Kalyan to fetch instant gain. Dramatically, this issue took a major turn and ended up a war between Pawan Kalyan and a section of media channels which apparently support the TDP which is a new rival for Janasena.

Since then, Pawan Kalyan made sensational tweets on ABN and TV9 heads for good one week and asked his fans to boycott the channels. His fans went to another level and destroyed ABN’s property around Hyderabad. Irked ABN Chief Radha Krishna demanded an unconditional apology from this hero turned Politician in front of the media. As the latter didn’t respond, RK filed a defamation case of about 10 crores on Pawan Kalyan in the local Civil Court of Hyderabad.

Now the Court has sent summons to the Janasena Chief asking him to appear in the court along or with his lawyer on 24th of this month.We have to wait and see how Pawan responds to this summons. Some say that he can file a counter and get a stay on the hearing as he is busy with the Uttarandhra tour. But the Janasena followers declare that their leader is ready to go any extent to win the case in his favor. ABN is celebrating this summons matter and an official response from Pawan is awaited.