Pawan Kalyan Changes His Route And Shocks BJP And TDP 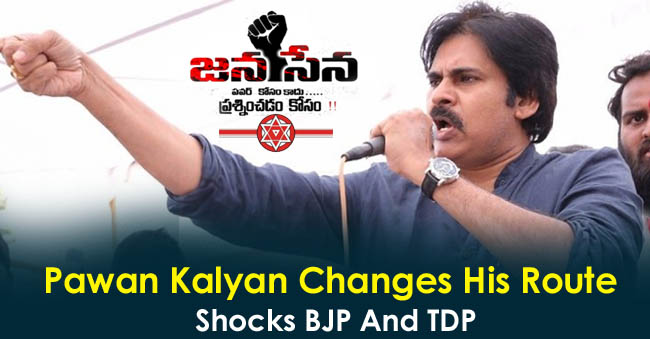 Pawan Kalyan Changes His Route And Shocks BJP And TDP

Pawan Kalyan Changes His Route And Shocks BJP And TDP.Janasena party chief, famous film actor, Pawan Kalyan shocked BJP and TDP parties. During the 2014 elections, Pawan Kalyan extended his support to BJP and TDP. During that time, hero-cum-politician also stated that ‘I would be the voice of everyone in this state. It is my responsibility to solve your problems’. Many political analysts have criticized Pawan Kalyan in the past for being soft towards the state and central governments. Those comments hardly seemed to bother Pawan Kalyan. 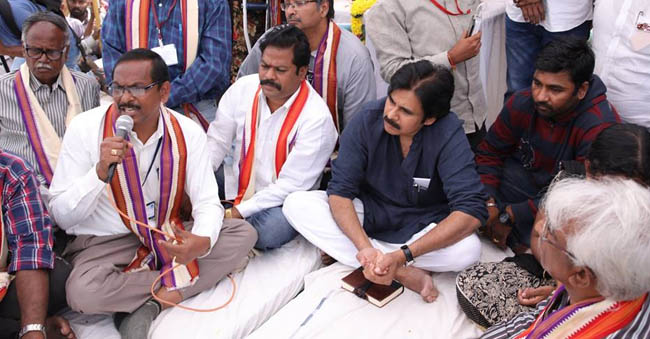 But in his speech in Vishakhapatnam today, Pawan Kalyan lashed on the to the state and central governments. There is a clear change in his attitude, his approach and his political strategy this time around. Interestingly, he reminded the promise ‘I will the people’s voice which he gave during 2014 elections. In this context, Pawan Kalyan raised the issue of Privatization of Dredging Corporation of India and exclusive Railway Zone to Vishakhapatnam. 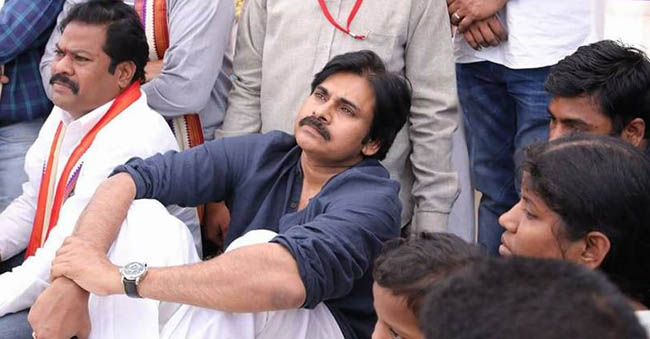 Pawan held Vishakhapatnam MP Haribabu and Anakapalli MP Avanthi Srinivas. ‘These both leaders failed to do their duties as public servants. Their numbness brought me here to question the atrocities of the State and Central governments,’ said Pawan Kalyan. One can understand the attitude with which Janasena would be heading into the 2019 elections, given Pawan’s harsh stance on BJP and TDP.

Ruling Telangana Rashtra Samithi (TRS) continues to maintain the lead in most of the divisions of Greater Hyderabad Municipal Corporation (GHMC) despite a tough...
Read more
National

Six opposition Telugu Desam Party (TDP) MLAs were suspended for the day on Friday by the Speaker as the Andhra Pradesh Assembly witnessed pandemonium...
Read more

Naga Shaurya and Aneesh Krishna are collaborating for the next  romantic and comedy flick from Ira Creations.  The movie has already been launched with...
Read more

Pooja reduced her remuneration for Dulquer

We have already reported that Dulquer Salmaan is collaborating with director Hanu Raghavapudi for an upcoming untitled romantic period drama, and he will be...
Read more

lSarkaru Vaari Paata has decided not to rush the things

Super Star Mahesh Babu‘s upcoming film Sarkaru Vaari Paata has been announced almost five months by now. With cases not coming down and the...
Read more

The actresses tend to change once they got married. They tend to reduce their skin show and prefer female oriented scripts. We have seen...
Read more
Read More