Third Time Modi Is In LinkedIn 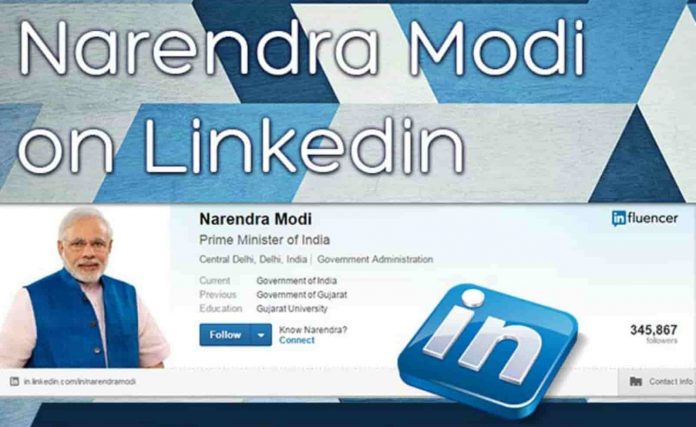 PM Narendra Modi leads in LinkedIn India Power Profile List 2017: PM Narendra Modi is one of the best politicians in India. Even many surveys have proved this. Recently, the LinkedIn searched the most popular profiles in India and made India’s power profile list 2017. In this list PM Modi ranked 2.2 millions of followers along with Kailash Satyarthi the new Nobel prize winner, Congress MP Shashi Tharoor and the Bollywood actress Priyanka Chopra. This is the third time PM Modi is in the LinkedIn list. Not only LinkedIn but in every survey conducted the organization in the country Modi is first.

A recent survey revealed that Modi is the most attractive speaker in the history of Independent Indian history after former Nehru. The BJP leaders are more confident with the growing popularity of Modi. At first, BJP declared that their goal is to keep power till 2024. But now the target increased to 50 years by the BJP leader Amith Sha latest comments. Amit Shah, commented by observing the opposition who are becoming weak by seeing the popularity getting for the PM Modi.

The ongoing pandemic is spreading its deadly wings in the country as te infections and increasing rapidly. Even the places of worship were also...
Read more
Technology

TECNO, the global premium smartphone brand of Transsion Holdings, on Monday launched SPARK 5 Pro smartphone with a 6.6-inch display and a total of...
Read more