Prabhas’s Take On His Favorite Four And Rana’s Relationships 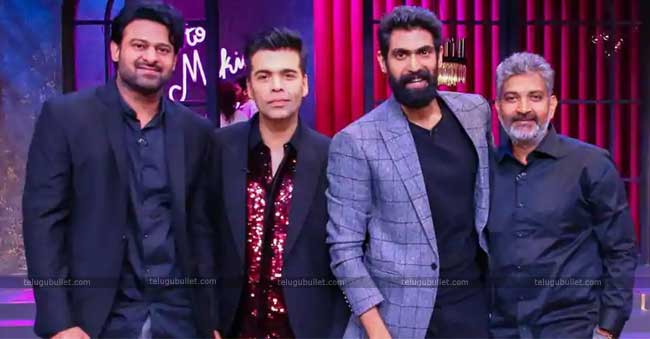 Finally, the most awaited Hindi talk show Koffee with Karan with Baahubali team as the special guests have aired. More than anyone, the silent Prabhas entertainer the small screen lovers with his witty and funny answers.Among all the questions Prabhas faced in this show, two remained a highlight for its content. One is regarding his four favourite Tollywood stars and the other is about his private relationships. When Karan asked to rank the Telugu Stars in order according to Prabhas’s taste, the latter declared that NTR Jr will occupy the first place and then comes Mahesh Babu. interestingly, he put Bunny in the third place pushing Charan to the fourth place. 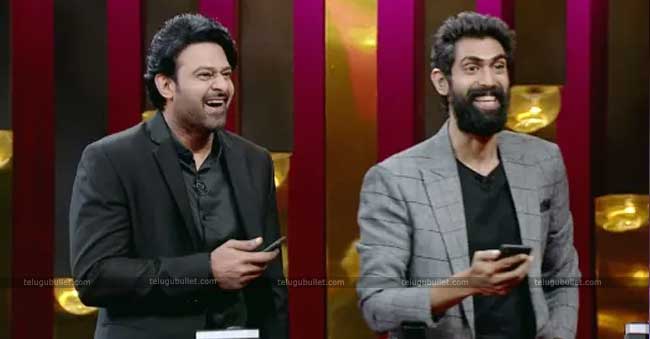 Coming to the relationships, Prabhas managed to make Karan believe that his relationship with Anushka is limited to friendship but nothing beyond that.However, this Baahubali almost revealed Rana’s love story with Trisha by declaring that he would choose only Trisha for Rana if he has to date anyone in the film industry. Rebel star indirectly endorsed Rana-Trisha’s broke up relation by stating that no one other than ex-partners would understand us better than others.On the work front, Rana is gearing up for the release of Hum Sath Sath Hai in Hindi and NTR biopic in Telugu for this Sankranthi. Whereas the Pan Indian Star Prabhas is busy working for the bilingual Saaho which will be out for next year’s Independence Day.

WhatsApp
Facebook
Twitter
Previous articleRajamouli’s Special Bash For Star Heroes In Discussions
Next articleRevanth Appears For Media: Brainstorms The Reason For His Defeat