Revanth Appears For Media: Brainstorms The Reason For His Defeat 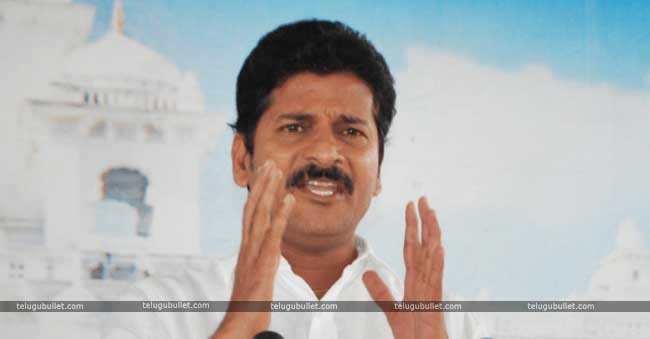 The firebrand leader Revanth Reddy seemed to be strongly hurt with the result of recently held snap polls. Having lost in his own constituency, this former TDP leader revealed the main reasons for his defeat.Revanth Reddy’s defeat is something not even any Political analyst can ever anticipate in the Telangana elections. Touted to be one of the potential CM candidates from TPCC, Revanth despite having sympathy with his arrest on one day prior to the D-Day lost to TRS candidate with a difference of nearly 9000 votes. Speaking about his failure, Revanth declared that missing names in the voter’s list that too a huge number of Congress supporters made the difference.

He blamed it on KCR for intentionally removing their names from the list in the eleventh hour.Talking about his performance, Revanth opined that his party workers gave their best during the campaigning and thanked them. On this note, this ex MLA gave a call to his followers that he left the past and asked them to start concentrating on the upcoming Panchayat elections. This is the only way to prove his stamina by winning as many villages as he can in the Telangana State. Revanth is desperate to prove his mettle this time at any cost to bring back the lost craze.Last but not least, he promised to serve his constituency people as much as he can, being in the Opposition party. Also, this dynamic politician pledged to question KCR’s cheap politics to address the problems of common man. Whatever might be the case, this is the first time Revanth came in front of media post the snap polls.