Priya Varrier Gets A Big Deal Of Endorsement 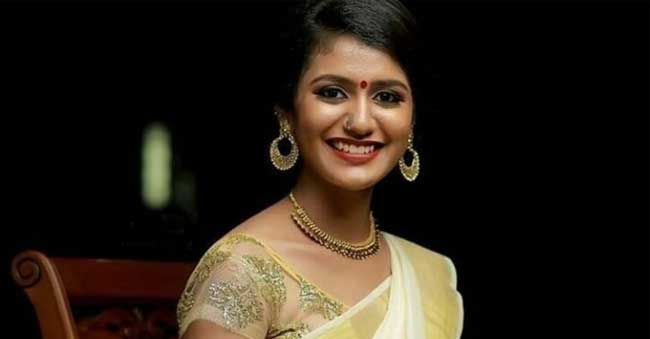 The wink sensation Priya Prakash Warrier is taking the Indian Youth with her charm. This most talked girl of the internet world is surrounded with many offers in the name of endorsements.Already this girl became quite popular across India with her wink. The thirty seconds teaser fell the young fans flat for her cute expressions and astonishing smile. Such girl is currently in talks with many makers from Telugu and Tamil industries along with Malayalam. Apart from her movie career, she mesmerized all with her perk advertisement during the time of IPL. Now she is all set to entertain in another ad for which was speculated to be paid a hefty amount of one crore for one year of the contract.

Top ad filmmaker is helming this project in Mumbai and this actress has participated in the shooting. This ad will be out in one more month and the details of this endorsement will be revealed soon by her via official networking site. For her signed contract with her present producer, she cannot work for any films until one year. After this contract, the Telugu producers are trying their best to bring her into Tollywood.Priya Prakash Warrier achieved huge stardom at the very young age. Hope she becomes one of the leading actresses in South India. Her Malayalam debuting flick is going to get released soon as dubbed versions as well.