KTR’s Revelations Are Quite Surprising For Andraites 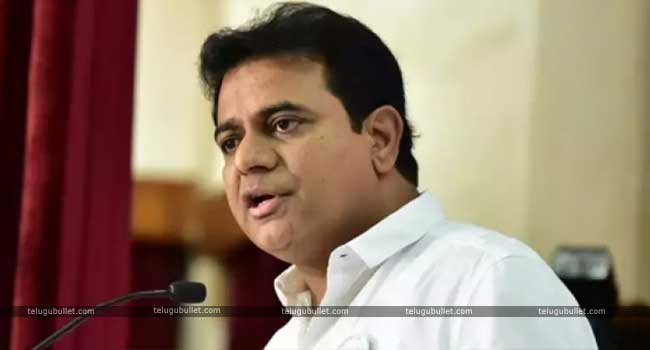 The IT Minister of Telangana, KT Rama Rao has made a sensational speech in his recent Press meet. The Mana Hyderabad-Mana Andari Hyderabad specially organized to attract the AP Settlers votes became a stage for never heard revelations by the Kalvakuntla’s heir.KTR declared that his father KCR post the bifurcation of AP and Telangana developed bonding with the residual AP.

For the foundation stone ceremony of AP’s new capital Amaravati, KTR revealed that the caretaker CM of Telangana wanted to gift a hundred crores of rupees as a gift to the AP out of his love but took a U-turn after coming to know that the Indian PM himself is not allocating any funds to Amaravati. Not just this, the Urban Development Minister of Telangana claimed that his father was quite surprised with the support AP people showered when the latter visited Amaravati. However, KTR felt that KCR’s decision is perfect otherwise those funds would have gone in wrong hands.

Rama Rao claimed that once CBN wanted to have a hand in hand relationship with the TRS to strengthen the bonding between the two Telugu States. But he opined that brotherhood will not be possible as the two States would fight for many things like Waters and other resources being the neighbouring States. He ended the meet by assuring the Andraites that he would stay as a support for them in Telangana.