The main opposition in Andhra Pradesh YSR Congress Party who was left with no other ways to slide the mud on the government and the police department has now targeted actor turned activist Shivaji. Ever since the attack on Y.S Jagan at the Vishakapatnam airport, their party members have alleged with a big mouth that the state government was involved in this self-claimed murder attempt. Though the primary investigation has thrashed all the baseless allegations made by the opposition party members, the SIT and DGP has taken the case very seriously and all of you know what happened after that. 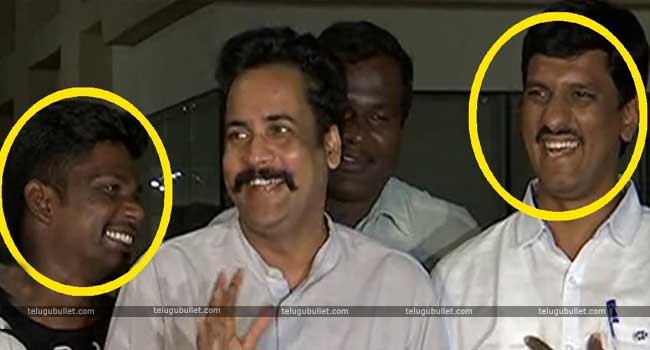 Jagan who stated that he doesn’t have faith on A.P police, in this case, has stepped back without giving any statement and further alleged that the state government is completely showing bias in this case. The time where everyone has almost forgotten the case, the YSRCP has come with a new allegation that actor Shivaji has hired the culprit Srinivasa Rao.

They even filed a case in Vijayawada today and alleged Shivaji who has given a prior information in his Operation Garuda video earlier about the harmless attack on the opposition chief. Citing this as the reason, the YSRCP members are trying to corner Shivaji stating that he was responsible for the attack. Some of the key members of the party are even raising their doubts that how come he know in beforehand about the attack on opposition chief and they even suspect this actors hand in this attack.

KKR’s playoff chances handed a blow with defeat to CSK

Ravindra Jadeja slammed consecutive sixes off the last two balls of the match to take Chennai Super Kings (CSK) to a six-wicket win over...
Read more

Google parent company Alphabet saw its stock rising as much as 9 percent as it posted strong results in its third-quarter earnings results amid...
Read more
Read More