Republicans need to explain to voters that Trump lost: Ex-NSA 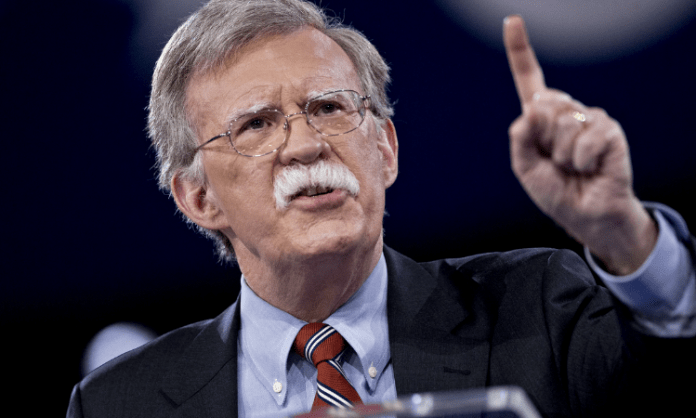 Former US National Security Advisor (NSA) John Bolton has said that Republican leaders need to explain to the voters that President Donald Trump has lost the 2020 presidential election to his Democratic challenger Joe Biden.

“I think it’s very important for leaders in the Republican Party to explain to our voters, who are not as stupid as the Democrats think, that, in fact, Trump has lost the election and that his claims of election fraud are baseless,” The Hill news website quoted Bolton, who was sacked by the President in September 2019 after 17 months in the White House, as saying on ABC News on Sunday.

“The fact is that we’ve seen litigation in all the key battleground states, and it has failed consistently.

“Right now, the Trump campaign is doing the legal equivalent of pinching pennies… It’s clearer and clearer there isn’t any evidence,” he added.

Although some prominent Republican leaders, including Senator Lindsey Graham, have backed Trump’s claims that the November 3 election was a fraud, Bolton still expressed optimism in the party members.

“I think they’re getting ready to do it. I’ve said I think this is a character test for the Republican Party. I don’t buy the argument that Donald Trump has hypnotized Republican voters or that they’re not capable of accepting the truth. This is a myth,” he added.

Bolton’s remarks come as Trump has continued to sow confusion in the post-election transition period.

Early Sunday, the President appeared to grudgingly concede the election to Biden with a passive-aggressive tweet that amounted to a concession: “He won because the election was rigged.” But within hours he made a U-turn, tweeting: “Rigged election, We will win.”

“He only won in the eyes of the fake news media. I concede nothing. We have a long way to go. This was a rigged election,” Trump, who has filed cases, some unsuccessfully, regarding the election outcome and plans more, added There has been no official declaration of the results with votes still being counted.

However, the mainstream US media last week declared Biden the winner based on their projections. On November 13, the media gave 306 electoral college votes to Biden, more than the 270 required to win, and 232 to Trump.

Greg Barclay, an Auckland-based commercial lawyer, and director of New Zealand Cricket (NZC) since 2012, has been elected as the new chairman of the...
Read more
Business