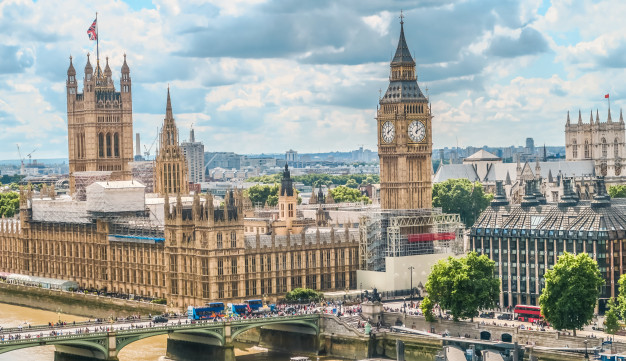 A research which compared beliefs held by British Muslims and white non-Muslims, showed that Islamist and far-right ideas were resonating with young people in the UK, and one in five young white non-Muslims believe British culture is “under threat from invasion”.

Polling conducted by Savanta ComRes, a market research consultancy headquartered in London and operating internationally, found that one in five young people in both the groups think there is an “unresolvable conflict between Islam and the west”, and white non-Muslims are feeling threatened and Muslims feeling victimised.

Thirteen per cent of both groups (Muslims and white non-Muslims) said violent action was sometimes justified to achieve change.

Fifteen per cent of Muslims and 9 per cent of white non-Muslims agreed that “people should be prepared to go out to fight to defend their religion or culture with force”.

Fourteen per cent of white non-Muslims were found to believe that Islam promotes violence.

Author, Cristina Ariza, who is a research analyst at Tony Blair institute for Global Change, told The Independent newspaper that the Covid pandemic, the Black Lives Matter (BLM) movement, and rising English Channel crossings may have caused “shifts” in opinions.

“We have new groups emerging and mobilising as a response to BLM but it takes time for those views to permeate through the public. The anti-Muslim branch of the far right has been banging the drum on this for a decade,” Ariza added.

Around a quarter of both groups agreed that democracy was “broken” and the government should be boycotted.

One in 10 Muslim respondents said engaging with non-Muslim institutions like UK politics, “undermines the Muslim community”.

Nine per cent said Muslims who did engage were not true believers or were “traitors to Islam”.

The report also criticised government strategy to counter extremism, saying Brexit had “made progress difficult”, and called for an updated government counter-extremism strategy.

Savanta ComRes conducted a poll of 1,011 Muslims and 1,011 white non-Muslims aged 18 to 30 in May 2019, then convened two online research groups with 57 participants in total last October.

Responding to the report, a government spokesperson said it was “committed to confronting extremism in all its forms, including strengthening communities so they can resist extremist narratives and protecting vulnerable people from being drawn into terrorism”.

The number of single-day coronavirus cases in Hong Kong has remained under 10 for five days in a row, local health authorities said on...
Read more
International

An earthquake with a magnitude of 5.4 jolted the South Shetland Islands, the US Geological Survey said. The jolt was felt on Tuesday, the Xinhua...
Read more
International

Chief Minister Yogi Adityanath has announced the start of international flights from the Kushinagar airport by Deepawali. The airport is located about 52 kilometers east...
Read more