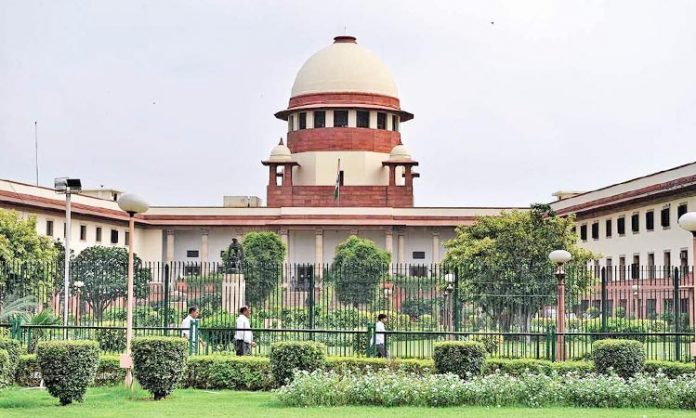 A Supreme Court bench, while hearing a matter over WhatsApp call, on Monday remarked that taking up matters through a virtual courtroom is difficult. The apex court has been conducting hearings through video conferencing since the beginning of the lockdown, as a measure to contain the outbreak of the coronavirus.

A bench headed by Justice R. Banumathi and comprising Justices Indu Malhotra and Aniruddha Bose made this observation while hearing a matter over a WhatsApp call. Justice Malhotra suggested that 40 matters, instead of 20, can be easily heard by the bench.

She also suggested that each counsel could argue the matter and leave the courtroom.

Justice Banumathi, one of the top five senior judges and also part of the Collegium system, said: “I will talk to the Chief Justice.”

Last week, Chief Justice of India S.A. Bobde had said the coronavirus pandemic forced rethinking on the functioning of the top court, which paved the way for virtual courts.

“We went for video conferencing to reduce the footfall in court premises. We have to change according to the needs of the times. We have to accept the present situation. There is a need for change of mindset. Now there is no going back,” he said at the inauguration of an online demo of the Supreme Court e-filing module, which was webcast.

Chief Justice Bobde said the Supreme Court was the first institution to respond to this danger (Covid-19 spread).

In the beginning of May, the apex court, in a press statement, defended its current practice of taking matters through video conferencing, saying the traditional open court system and new age virtual court system are not antithetical to each other, especially during the Covid-19 pandemic, as the latter does not curb administration of justice.

“On the contrary, both systems could definitely co-exist, delivering qualitative justice, wherever deployed in light of extant circumstances,” said the statement.