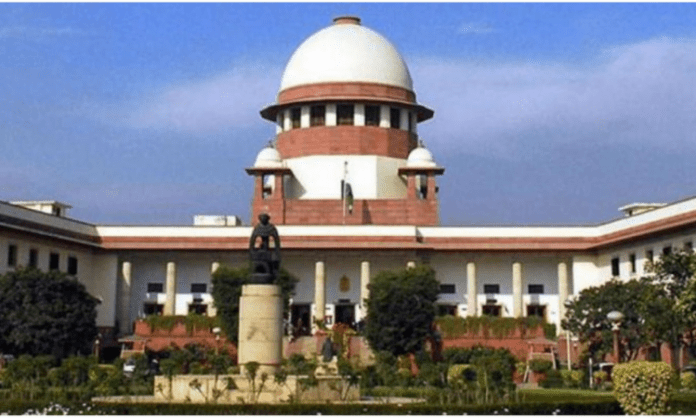 The plea, filed by Bose, contended that the criminal proceedings should be quashed, as it has been maliciously instituted with an ulterior motive for wreaking vengeance on him due to private and personal grudges.

Bose has claimed that he has been specifically targeted by the West Bengal government and Bannerji due to the political and personal rivalry. He urged the top court to safeguard him from the threats to his life and liberty which he faces in the state. Against the backdrop of upcoming elections in the state, Bose claimed the state government is trying every possible tactic to obstruct him from campaigning.

Bose said an FIR was registered against him in December last year on the complaint of Santosh Kumar Singh under various sections of IPC for the alleged action of the CISF security for saving his life from the TMC “goons”. Another FIR was registered, related to the same incident, against him for outraging the modesty of a woman.

Bose claimed that on December 6, he and his CISF detail came under heavy attack and sloganeering from a mob led by Singh just outside his residence. As per protocol, the CISF personnel immediately took him to a secure location.

The plea claims for several hours, the entire building was under siege by over 200 TMC hooligans led by Banerji, and this action was supported by the state police. Later, when he went to the police station, the police officers said they under tremendous pressure to arrest him. Bose was arrested at the police station.

While granting him interim bail, the trial court recorded that neither any injury report nor any statement of victim has been recorded under Section 161 of Cr. P.C, it noted. “That there is a concerted approach of the State to harass the Petitioner due to political vendetta. In the present case, Respondent No 1 (West Bengal government) has used the police personnel which is under their direct control to register bogus cases against the petitioner,” the plea said.

Bose and five other BJP leaders had moved Supreme Court alleging a witch-hunt by the West Bengal Police at the behest of the ruling party and urged the top court to transfer all cases to an independent investigating agency.

The Indian cricket board, the world's wealthiest of the game, was worth a colossal Rs 14,489.80 crore at the end of the financial year...
Read more
Uncategorized

Actress Urvashi Rautela has shared a note for her mother on her birthday, saying she is thankful to her for guidance and support. "I wish...
Read more