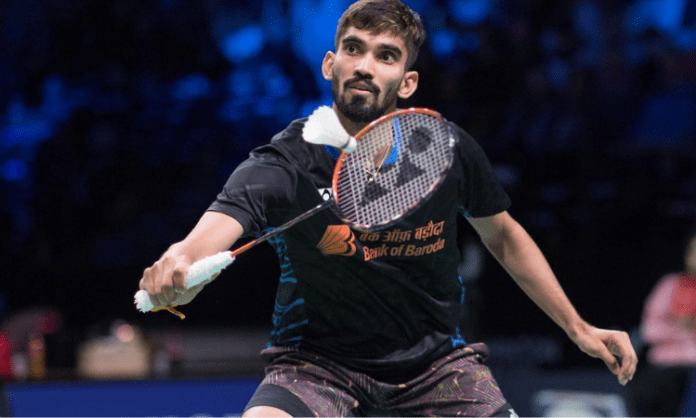 A doctor from the Covid-19 testing team set up for the ongoing Thailand Open attended to India’s Kidambi Srikanth shortly after he reported that he suffered a nose bleed following a mandatory PCR test, the Badminton World Federation (BWF) said on Friday.

“On Tuesday, the player indicated he suffered a nose bleed following a mandatory PCR test. A doctor from the COVID-19 testing team located at the hotel attended to Kidambi shortly after,” said the BWF.

The BWF in its statement also included the Badminton Association of Thailand’s (BAT) version of the events. “The athlete had been swabbed three times earlier with the most recent one possibly causing irritation and fragility of the capillaries,” said the BAT.

“Therefore, when the swab was repeated on Tuesday, and factoring in the athlete’s tense nature, the position of the stick in the nasal passage was misaligned, which caused the slight bleeding noticed from the tip of the swab.”

The BAT said that the staff member who conducted the test “did not notice any bleeding” from Srikanth’s nose and there was no complaint from the former men’s singles world no.1 at that point.

“After about three to five minutes, another athlete from the India team reported that Kidambi had a nosebleed. It is not known whether the athlete had blown his nose or stuck tissue up his nostrils which could have caused more blood vessels to rupture,” said the BAT.

“BWF continues to work with BAT and the Thai health authorities to ensure the safest and most comfortable conditions for all players and participants,” said the BWF.

Srikanth on Tuesday posted pictures of himself with a bloodied nose and blood were strewn tissue papers on his Twitter handle. “We take care of ourselves for the match not to come and shed blood for THIS. However, I gave 4 tests after I have arrived and I can’t say any of them have been pleasant. Unacceptable,” said Srikanth in the tweet.

Srikanth on Wednesday eased into the second round of the Thailand Open after beating compatriot Sourabh Verma 21-12, 21-11.

India's Kidambi Srikanth eased into the second round of the Thailand Open with a 21-12, 21-11 win over compatriot Sourabh Verma on Wednesday. Srikanth...
Read more
Sports

Sunil Chhetri and Ashalata Devi have found a place in the respective men's and women's Indian teams of the decade chosen by fans. The All...
Read more