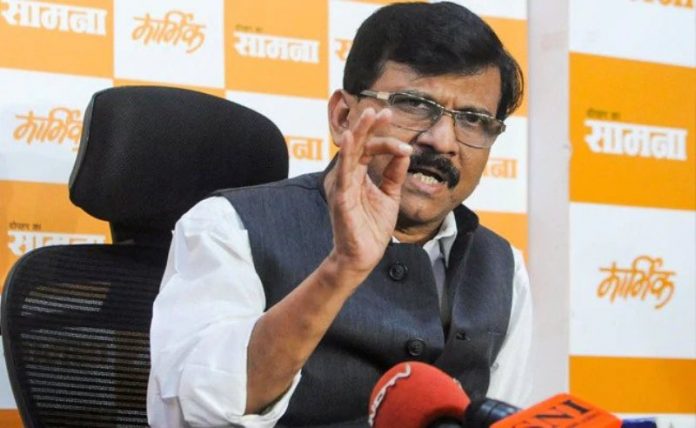 The Shiv Sena’s Arvind Sawant announced his resignation as a minister in Prime Minister Narendra Modi’s government this morning, setting up the party’s anticipated severing of ties with the BJP-led National Democratic Alliance (NDA) after a dispute over government establishment in Maharashtra. The Sena’s determination to pull out its only minister in the central government meets a key requirement of Sharad Pawar’s Nationalist Congress Party (NCP) to consider an alliance to establish the government in Maharashtra. After weeks of turmoil, the state appeared to tilt towards a Shiv Sena-led government with the NCP calling a meeting of its MLAs and Congress’s top leadership meeting in Delhi.

“Shiv Sena‘s side is the truth. Why stay in the government in Delhi in such a false environment? That is why I am resigning as Union Minister,” tweeted Arvind Sawant, who was Minister for Heavy Industries and Public Enterprises.

The Shiv Sena was on Sunday invited by Maharashtra Governor Bhagat Singh Koshyari to indicate “willingness and ability” to form government in the state after the BJP said it would not stake claim to power. It needs the support of the NCP and the Congress to do so.

The NCP had asked the Sena to quit the NDA for any such possibility to come in play. The party has reportedly called a meeting of its MLAs today after the rapid developments since Sunday.

“If the Sena wants the support of the Congress and NCP they must first announce that they are ending ties with the BJP and they are out of the NDA. Their ministers need to quit the council of ministers,” NCP’s Nawab Malik said on Monday, adding that there was no proposal from the Sena so far.

In an editorial in Saamana, the party mouthpiece, the Sena had said last week: “With 54 MLAs of NCP, 44 Cong MLAs and few independents, we can reach majority. The Sena can present its own Chief Minister and for that, three parties with independent ideology should form policies which are acceptable to all”.

But in a meeting with Sharad Pawar, Congress chief Sonia Gandhi ruled out supporting the Shiv Sena. The Congress Working Committee, the party’s top decision-making body, is meeting this morning to discuss whether the party will back a Sena-NCP government and if so if it should provide outside support.

Caretaker Chief Minister Devendra Fadnavis resigned on Friday. On Saturday, as the term of the Maharashtra legislative assembly ended without any resolution, Governor Koshyari invited the BJP to form the government.

The BJP and the Sena, long-term allies for more than 25 years, won a majority together in last month’s Maharashtra elections. The BJP won 105 seats and the Sena 56, which placed them comfortably ahead of the majority mark of 145 in the 288-member assembly.

However, the Sena refused to form the government with the BJP without an agreement, in writing, that it would have the chief minister’s post for half the term and an equal share in ministries, in what is called a “50:50” deal discussed with BJP chief Amit Shah. As Devendra Fadnavis denied any such deal, Sena’s attacks on the BJP became more and more vitriolic. After the Governor’s invite, the Sena moved its legislators to a resort in Madh Island, two hours away from Mumbai. “We believe that the BJP will try all means to induce our MLAs,” said Sanjay Raut.