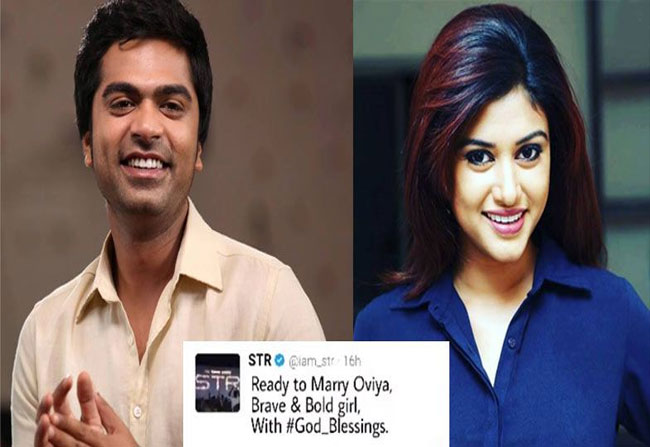 Tamil hero Simbu is well known for rumours, love affairs in the industry. Starting from nainatara to Hansika rumours flew in air that he’s getting married to them. All through his career, Simbu never is seen responding to these rumours. But recently simbhu responds to a rumour which is being viral in social media since a few days. The latest news reveals about Simbu to marry Oviya.

The first season of bigg boss in Tamil version beacome famous not only because of Kamal Hassan rather because of the celebrities. Actor Simbu shares his thoughts about the show on social media many times. He says he is a big fan of actress Oviya. A recent tweet from the actor’s official Twitter says he’s ready to marry the actress. Now Simbu responds on this fake news which is doing rounds in the media.

Simbu responded saying he never new to these kind of false news and these are the deeds done by some of the people who are targeting him and trying to bring him down . Some irresponsible people posting such tweets in fake accounts carrying my name is not a surprise to me. But what hurt me is that some of the media people are believing in those fake tweet and publishing it over media. I always believe media is the first place where responsibility and accountability are there. But this irresponsible act of some media persons is something I cannot keep quiet and encourage. I hereby request the media to publish the news that comes from my desk and my verified accounts personally and not believe the act of someone who wants to spread false in my name. 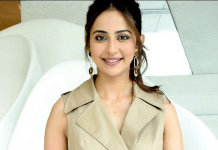 Rakul Preet: I totally believe in institution of marriage 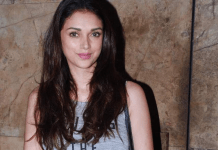 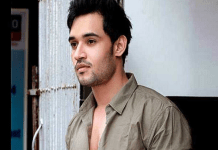 Srman Jain: Comedy shows bring in a lot of positivity