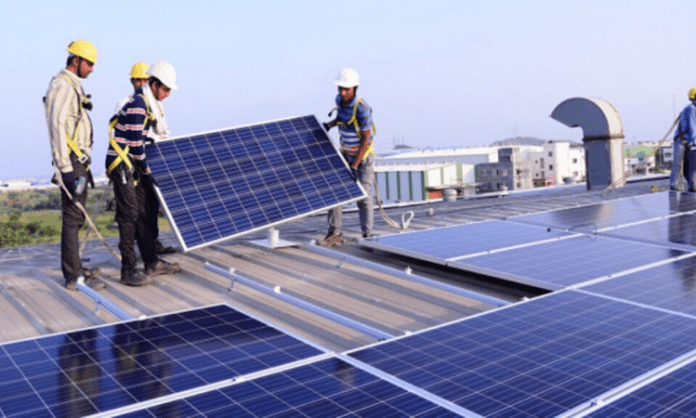 The central government has proposed a major push to domestic manufacturing of renewable energy equipment in the country that would completely eliminate the need for imports, particularly from countries such as China.

As part of the plan, an accelerated manufacturing plan is being operationalized that is incentivizing setting up of solar cell manufacturing capacity of 4,000 MW that would allow project developers to restrict the import of this product completely.

Additionally, 3,000 MW of fresh solar cell capacity is being added under manufacturing linked bids for solar projects. This would incentivize power project developers planning to manufacture in India.

The current capacity of solar cell manufacturing in India is about 2,500 MW. This is proposed to rise over three times in the coming years.

In the case of solar modules as well, 7,000 MW of capacity is being added in addition to existing capacity.

Power minister R.K. Singh had said that under ‘Atmanirbhar Bharat’ mission, domestic manufacturing capacities would be expended at a rapid pace for meeting goals towards import substitution.

The plan for the renewable sector, he said, should not only be sufficient to meet the country’s needs but would also support exports and earn the country valuable foreign exchange.

In a bid to improve the last-mile delivery, Amazon is in discussions with the largest mall owner in the US to convert space left...
Read more
Business