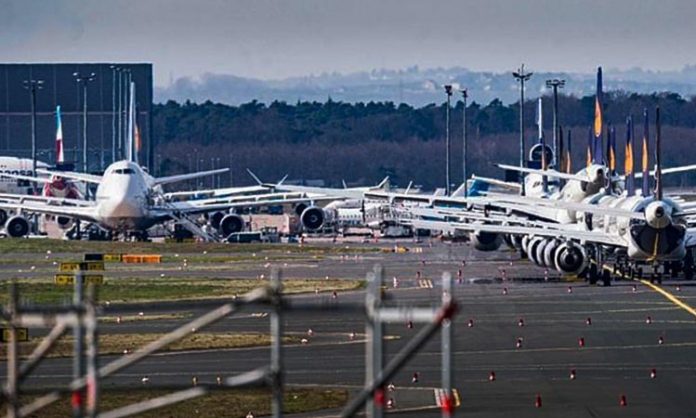 Speculations were rife on Monday regarding the opening up of domestic passenger flight operations in the coming few days.

According to industry insiders, these speculations got triggered after a team of senior bureaucrats from the Civil Aviation Ministry visited the Delhi airport on Sunday.

The visit was to inspect the preparations made by the airport for the eventual restart of passenger operations.

In fact, the senior leadership of the airport’s management accompanied the Ministry team at Terminal 3.

Lately, various machines to sanitize and smoothly manage passenger entry and exit from the terminal building have been installed at the airport.

The airport has made several technology-based unique facilities operational such as UV (ultraviolet) based tunnels to disinfect checkpoint trays and baggage, mobile UV tower to disinfect surfaces in the terminal area, and hand-held UV devices.

Besides, the limited re-start of railway services from Tuesday has also given life to the idea that immediate approval for the civil aviation operations will be given.

“We expect to get a notification soon on the restart of services from the government and the bookings thereafter,” a senior executive with a travel products company told IANS.

However, there was no official comment on the same.

Even the airline industry contends that it will take time for the operations to restart, as booking inventories are required to be loaded on to online platforms, and the necessary airworthiness certificates obtained for the grounded aircraft.

At present, all domestic and international passenger services are banned except for cargo or flights for which special clearances have been taken from the regulator.

In a bid to make itself carbon-free by 2030, the Indian Railways has initiated a number of major initiatives to mitigate global warming and...
Read more
National

Six more persons died of COVID-19 in Odisha took its death toll due to the virus to 70, even as 616 new cases were...
Read more