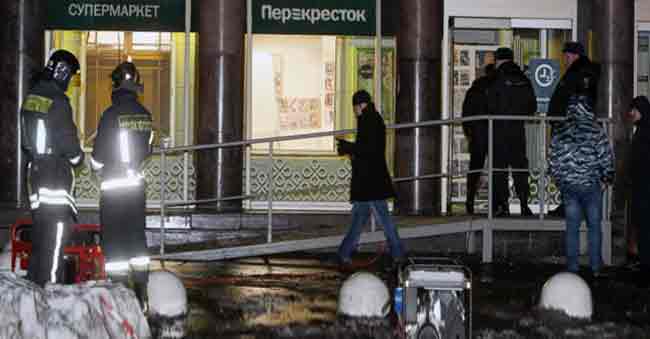 In the Russian city of St. Petersburg, a major explosion occurred, where four people were hospitalized when a blast inside a store shake everyone, told state-run news outlet Tass.A total of ten people were injured, the Russian agency Sputnik said. Preliminary investigations reveal that an explosive device was found at the scene which contained 200 grams of TNT. The device was found inside the locker at a chain supermarket called Perekrestok, located in an entertainment complex.

After the incident, people are confined to their homes fearing more explosions. A kind of certainty prevailed around. Owing to Christmas festivity, everyone cannot stay back indoors and at the same time, authorities beefed up more security for this weekend festivity and also for New-year celebrations.

The cause and perpetrators of the blast are still unknown at the moment, but the investigators reportedly filed a criminal case on the grounds of murder. Though nobody was killed in the explosion, the injured were immediately shifted to the nearby local hospital for minor injuries and first aid.Investigative Committee of the Russian Federation has opened a criminal investigation into the explosion, quoting Svetlana Petrenko, an official representative for the committee.

Akhil impressed by a girl… who is it?