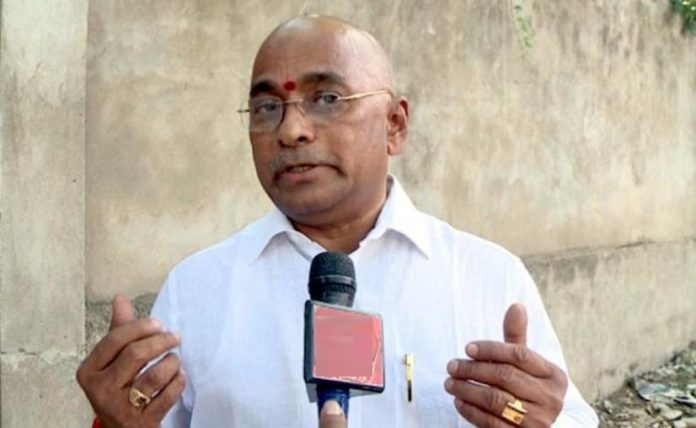 Police are investigating the murder of steel trader Ramprasad, who was found unconscious at Panjagutta in Hyderabad.
The financial differences believed to be responsible for the murder, police said.
The scene has shifted from Vijayawada to Vijayawada as family members have alleged that Vijayawada’s industrialist and rowdy-cheater Koganthi is behind it.
Telangana police went straight to the Koganti Satyam home.

Koganti son-in-law Krishna Reddy is reportedly being questioned by police.
Krishna Reddy was then taken to the West Police Station and recorded the statement.
He was taken to Hyderabad by a police notice. Koganti has responded to the truth about the alleged murder of Ramprasad.

Speaking to News Channel, he said he had nothing to do with the murder.
He accused Ramprasad of killing former MLA Bonda Uma and former Intelligence DIG AB Venkateswara Rao.

Koganti said Ramprasad supplied rusted iron had escaped with Rs 70 crore and that Ram Prasad had many enemies besides me.

Ram Prasad’s wife Vaidehi equals her younger sister.
I didn’t understand why she is blaming me.